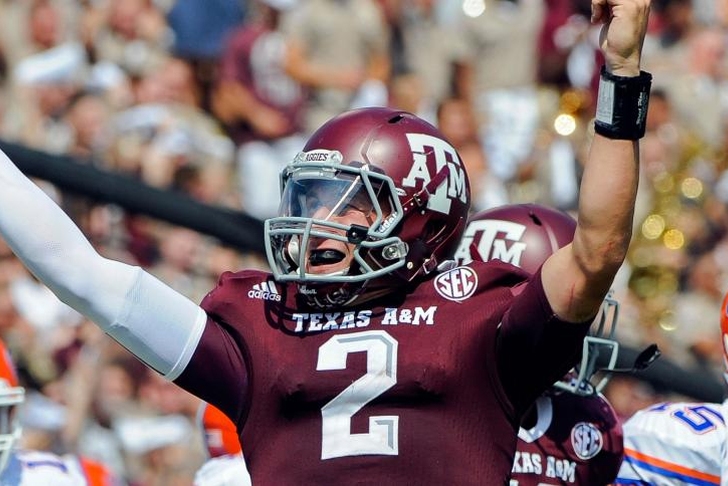 The Wonderlic test, an intelligence test given to all NFL draft entrants, is often criticized for having too much of an impact on draft evaluations. The test is scored on a 50-point scale, with a score of 20 indicating average intelligence (a score of 10 or above generally signifies that the test-taker is literate, while the highest NFL scores generally reach the low 40s). The average for quarterbacks hovers around 24, and took some experts by surprise when Johnny Manziel scored a 32.

At the combine, Texas A&M QB Johnny Manziel rang up an impressive score of 32 on the Wonderlic, I'm told. Should help his cause. — Albert Breer (@AlbertBreer) April 11, 2014

Some other notable scores: