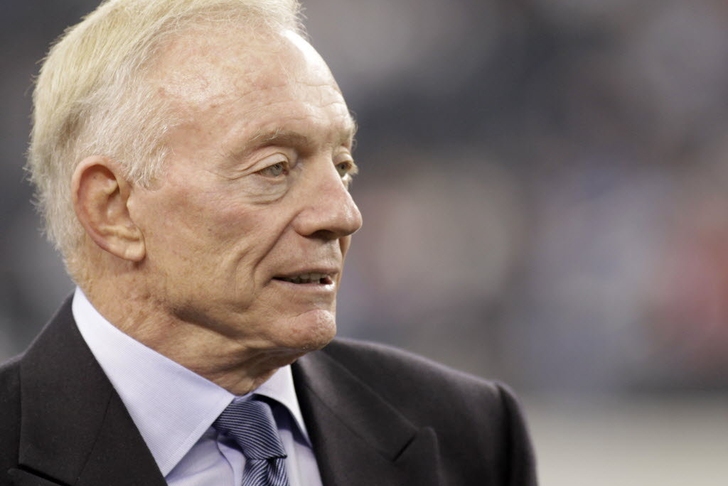 Jerry Jones has been accused of sexual assault by the woman who took the less-than-classy pictures of the Cowboys owner that were leaked last month.

Jana Weckerly claims she was assaulted on the night when the pictures were taken in 2009, and that the team knew about the incident and helped cover it up. Her attorney is suing Jones in Dallas County court, and the two are seeking over $1 million in damages.

According to the lawsuit, Jones engaged in some highly inappropriate and graphic behavior, then later tried to intimidate Weckerly into staying quiet.

Attorneys for the Cowboys owner fired back almost immediately:

"The legal complaint is unsupported by facts or evidence of any kind," Jones' attorney Levi McCathern said. "This is nothing more than an attempt to embarrass and extort Jerry Jones."

The NFL has not acknowledged or commented on the suit, but considering how badly they've dealt with legal issues over the past month, you can bet they're monitoring the situation closely.

The Insane, Ridiculous Story Behind The Incriminating Pictures Of Jerry Jones