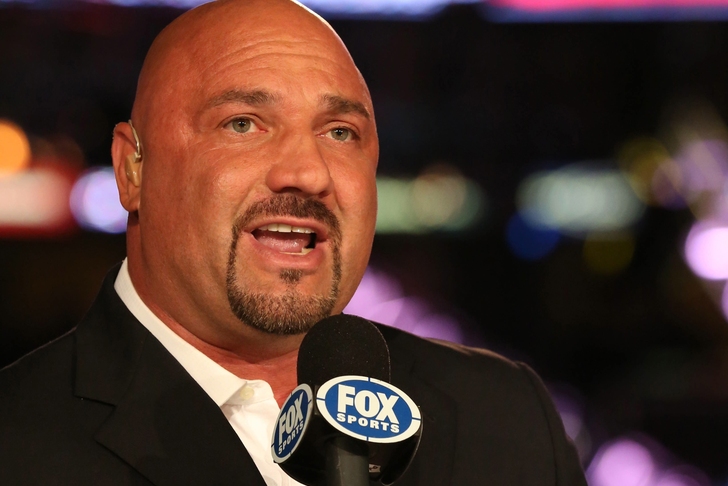 FOX Sports' Jay Glazer has been feuding with ESPN for years now, but it came to a head once again this past week with Glazer accused the network of stealing his scoop on the Johnny Manziel quarterback situation with the Cleveland Browns.

Glazer was a guest on the Rich Eisen Show on Thursday, and epically ripped the self-professed Worldwide Leader in Sports in an entertaining rant:

"I get judged by one thing and one thing only – scoops… so when ESPN steals people’s work I’m not going to sit by.  I’m going to rip the hell out of them for it until they stop doing it.  Whether it’s me or they did it to C.J. Nitkowski today for baseball, they did it to Dan Patrick Show yesterday.  It makes you wonder, everything that they claim, did anything they do they break?  It hurts great reporters like Adam Schefter and Chris Mortensen and guys like that.  Guys, there’s enough to go around.”

Glazer has a major point here, as ESPN is notorious for going only halfway in crediting sources. Such a practice is unethical at best and takes away from the amazing work being done by journalists outside of their umbrella.