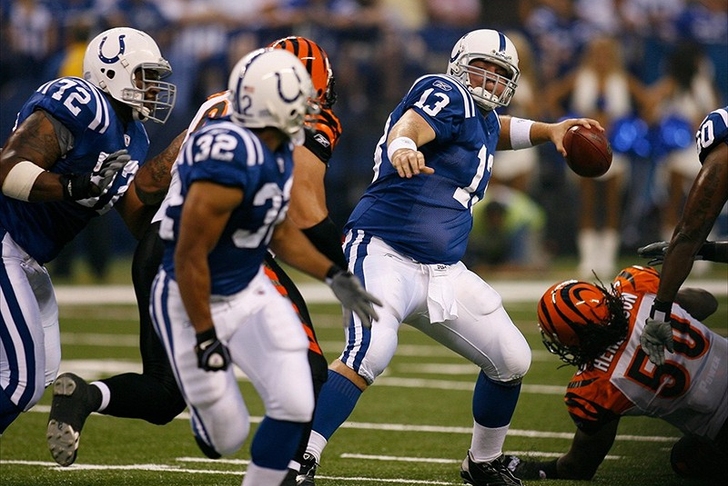 Jared Lorenzen is fondly remembered by New York Giants fans as Eli Manning's plus-sized backup QB, and it looks like since leaving the NFL, the Battleship Lorenzen has been putting in work on that toned physique:

A different shot of Jared Lorenzen tonight, per @Ky1eSc0tt. pic.twitter.com/6C05ldwO41

Lorenzen now struts his stuff for the Northern Kentucky River Monsters (which would be a perfect name for a rock band), and he's a one-man wrecking crew. There's some must-see video of this finely-tuned touchdown machine at work over on Vine.