Jadeveon Clowney: "I Should Be The Number One Pick" 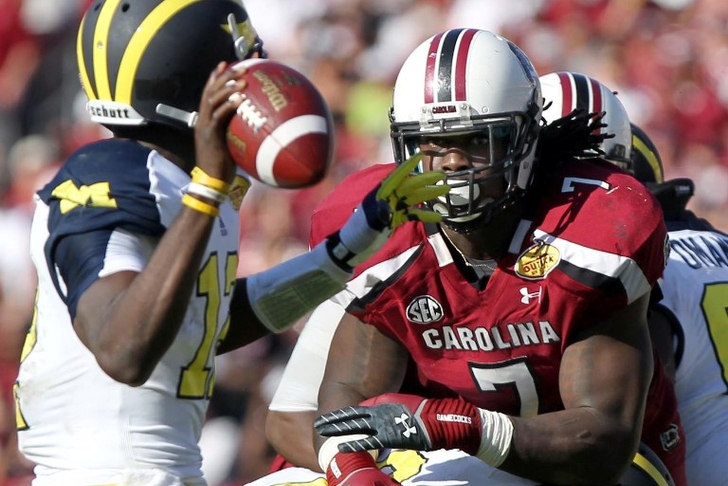 Jadeveon Clowney isn't being very coy about his expectations for the NFL Draft. The former South Carolina DE went on The Dan Patrick Show on Thursday to discuss his NFL future, and when asked about his draft stock, he responded honestly:

“I just think I should be the No. 1 pick taken in the draft, overall,” Clowney said. "So we’ll see how that goes.”

Clowney was considered a lock to be the #1 pick last summer, but he didn't quite make the impact he was expected to in his last season with the Gamecocks. After racking up 13 sacks as a sophomore, in 2013 he managed just three. While he still projects as a future NFL star, he's perceived as less of a sure thing than he was in the past.

Where Are They Now? The Top Football Recruits Over The Past Decade