How wild will Wild Card Weekend really get? 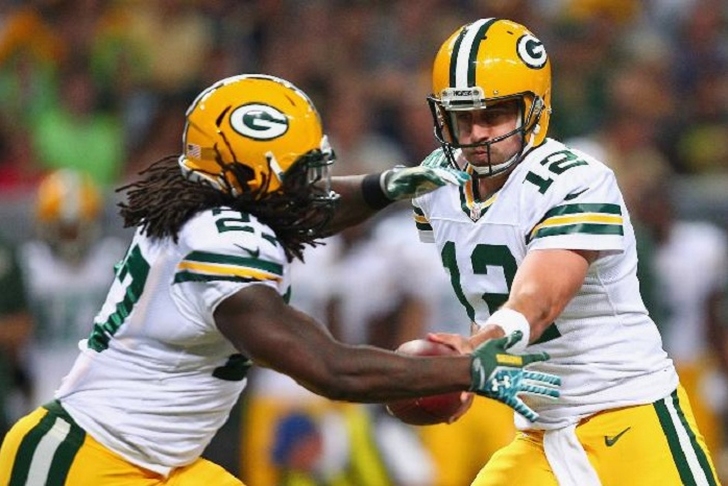 Kansas City Chiefs vs. Indianapolis Colts: The first game on the docket for Wild Card Weekend, this matchup is probably the most difficult of the four games for me to pick. Which Chiefs team is going to show up? The one whose defense dominated the NFL for the first nine weeks of the season, or the one who ended the regular season by losing five of their last seven games? And which Colts squad is going to take the field? The team who beat the Broncos, Seahawks and 49ers earlier this season, or the team that lost to the Rams by 30 and the Cardinals by 29?

These teams met just two weeks ago in Kansas City, and the Colts went into Arrowhead and beat the Chiefs in a game that saw Indy's defense dominate. They forced four turnovers, held Alex Smith (who committed three of those turnovers) to 153 passing yards, and didn't allow a Kansas City receiver to eclipse 50 yards. KC couldn't sustain long drives on offense all game, going just one for eight on third down.

In order for the Chiefs to win this game, they need the AFC's top rusher to be in top form. Jamaal Charles was the only bright spot from that week 16 loss to Indianapolis, rushing for 106 yards and the team's only touchdown. Charles needs to be even better Saturday, hopefully opening up the field a bit more for Smith and his receivers.

But at the end of the day, Kansas City's calling card this season is their defense. Or, at least it was. The Chiefs barely gave up 12 points per game through the first nine games of the season, but ended up surrendering over 27 per game in their final seven games. Indy's defense took it to the Chiefs two weeks ago, and I don't see Kansas City finding enough offense to match the Colts, even if their defense does show up. Colts 27, Chiefs 20.

New Orleans Saints vs. Philadelphia Eagles: In the only Wild Card matchup featuring two teams that didn't play each other in the regular season, everyone's talking about the massive difference between this game being played in the cold in Philadelphia rather than under the dome in New Orleans. "Drew Brees doesn't play well in cold weather" and "The Saints don't play well on the road" are the two statements that nearly everyone is using to blindly pick this game.

Now don't get me wrong: there is indeed a HUGE difference between this game being played in Philadelphia and New Orleans. But that shouldn't be the end-all be-all when looking at this matchup. If you told me at the beginning of the season that the Saints would be playing the Eagles in the playoffs with Nick Foles at quarterback, I would've said that the Saints were going to get the win, whether the game was being played in Philly, the Big Easy, Alaska or Antarctica.

But this Eagles team has surprised me this season; and no one in the NFL has surprised me as much as Foles. I'm still not buying into all of the hype just yet, but he has definitely proven enough to make the Eagles a threat in the playoffs.

Contrary to popular belief, I don't think Brees is going to have a horrific game; or a bad game in the least, for that matter. I'm not going to pick the Eagles to win this game because I think Brees can't play in the cold or because the Saints can't win on the road. But I am going to pick the Eagles because they're playing better football right now. Their two-dimensional offense allows Foles and the NFL's leading rusher, LeSean McCoy, to make plays consistently, and makes them the better team taking the field Saturday night. Eagles 34, Saints 28.

The Bengals beat the Chargers in San Diego in week 13 by a score of 17-10 in a game where both defenses played very well. Andy Dalton was held under 200 yards passing, but BenJarvus Green-Ellis and Giovani Bernard rushed for a combined 149 yards.

San Diego got hot at the right time, though, as they haven't lost since that week 13 Cincy game. For the first time in what seems like years, the Chargers offense and defense are playing quality football at the same time. Of the four teams that were vying for the final AFC Wild Card spot, the Chargers have the best chance of any of them to make a run in the playoffs; in fact, they're one of the few teams that could go into Denver and give the Broncos a run for their money, as proven by their victory over Denver just three weeks ago.

But the Bengals have won five of their last six games; and they've done so in impressive fashion. Their offense is clicking on all cylinders, and their defense is giving opposing quarterbacks all sorts of trouble. Cincinnati has outscored their opponents by nearly 20 points per game in those five wins, and are one of the hottest teams going into the playoffs. Don't be surprised if the Bengals make a serious run at the AFC's Super Bowl spot. And as far as this game goes, I don't see Dalton and A.J. Green going one-and-done in the playoffs for the third straight season to start their careers. Bengals 31, Chargers 20.

San Francisco 49ers vs. Green Bay Packers: Which winning streak is more important to its team? The 49ers have won six straight games to clinch the NFC's five seed. But the Packers have won one straight game.

No, it's not a typo. Don't worry; your eyes aren't going bad. The Green Bay Packers have won one straight game. But to me, that one win means a lot more than San Francisco's six straight.

Green Bay's 33-28 win-or-go-home victory over the Chicago Bears last week clinched the NFC North title for a team that won just two of eight games without their starting quarterback. But Aaron Rodgers returned from his broken collarbone with top receiver Randall Cobb to lead the Packers to a statement win and a spot in the playoffs.

While winning six consecutive games in the National Football League is always impressive to an extent, don't get overly confident in the 49ers because of this streak. Other than a tough 2-point home win against the NFC West champion Seattle Seahawks, the other five San Francisco wins came against teams with a combined record of 28-52.

While the 49ers did beat the Packers at Candlestick back in week one, they did so against a one-dimensional Green Bay offense. Now, with the emergence of Eddie Lacy and the Packers running game, San Francisco will be facing a Green Bay team unlike the one they beat earlier in the season. And it's important to point out as well that there is a major difference between playing football in California in September and playing football in Wisconsin in January (The AccuWeather-forecasted game-time temperature is -5 degrees with a wind chill that could approach 50 below, in case you were wondering.).

I think that the Green Bay Packers are a huge threat in the NFC with Rodgers back at the helm. This isn't Seneca Wallace. This isn't Scott Tolzien. And this isn't Matt Flynn. This is the former league MVP and Super Bowl champion, and arguably the NFL's best quarterback. And he'll be squaring off with a stacked defense and high-powered offense in what should be the most entertaining game of the weekend. I'll take Rodgers and the Packers in a close game (cue iconic Chris Berman voice) on the frozen tundra of Lambeau Field. Packers 30, 49ers 27.

It doesn't feel right picking the home team in all four games. It goes against the spirit of Wild Card Weekend. But it did happen just two years ago. And, if all goes according to plan (which, let's face it, it probably won't), it'll happen again this weekend.