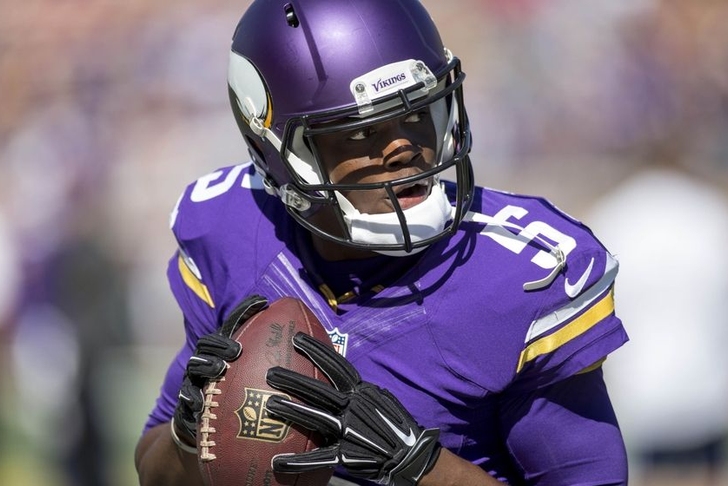 That's what the Minnesota Vikings fans were chanting as their prized rookie quarterback jogged onto the field for his first career NFL start against the Atlanta Falcons.

Bridgewater has been nothing but impressive in the first half on his way to a very nice stat line. Teddy B. is 11 of 16 passing for 197 yards, along with two rushes for 16 yards and a touchdown. He led the Vikings on five first-half drives to scoring opportunities, and if it wasn't for a missed field goal from Blair Walsh, they would have scored on every one.

You could tell that the entire Vikings team had an infusion of energy that hasn't been there through the first three weeks. The team is averaging 8.1 yards per carry behind strong performances from Jerrick McKinnon and Matt Asiata. The not-so-stellar Vikings defense has been flying all over the field and keeping the Falcons offense in check.

It's no secret that Matt Ryan and the Atlanta offense struggle outside the confines of the Georgia Dome. It looked to be the same story early on in this one as the offense went three and out on their first drive but then responded with an 11-play 80 yard drive. Overall however the offense has punted on three of their five first half drives and under 200 total yards.

McKinnon came in and showed off his explosive ability breaking a 55 yard run on his way to a six carry 86 yard first half performance.

Jones is halfway to 100 yards and has four receptions to be one of the few bright spots for the Falcons in the first half.