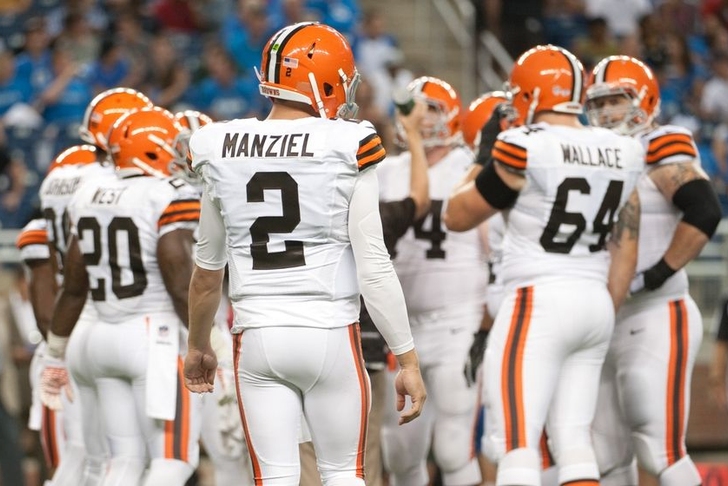 On his morning talk show on WFAN radio, the former Bengals star gave his take on Manziel's play, conduct, and one-finger salute:

"He's not even remotely close to being ready," Esiason said. "If he opened as the starting quarterback at Pittsburgh in Week 1, he would get his ass kicked."

"Whether or not you can handle it is going to be determined by your maturity level. And right now, this kid is a baby."

On whether Browns HC Mike Pettine should start Manziel on opening day:

"If I were Mike Pettine, I would have to have my head examined to put that kid on the field."

When the subject of Manziel's draft-night text came up, Esiason didn't mince words:

Johnny Manziel Can Be "Next Drew Brees," Says Steve Young

VIDEO: Johnny Manziel Finds Out The World Saw Him Flip Off Washington's Bench