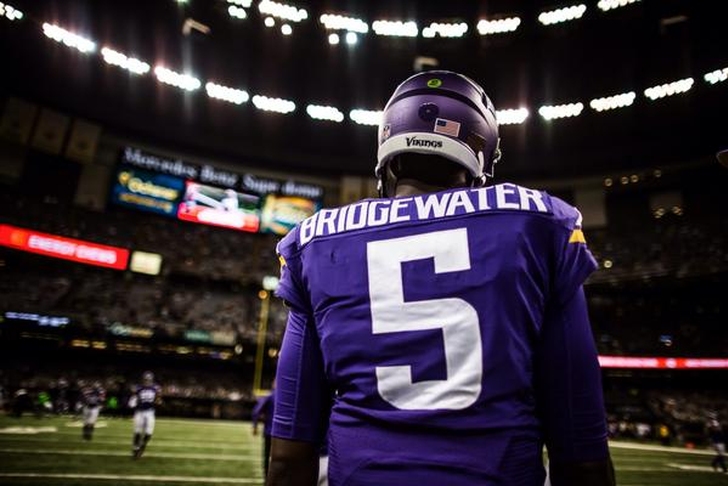 A very impressive rookie debut, a new-found energy and a ridiculous rushing attack all contributed to the Minnesota Vikings victory.

The win improves the Vikings to 2-2 on the year, with the loss dropping the Atlanta Falcons record to 2-2.

5. Teddy Bridgewater was very impressive in his first career NFL start before leaving the game with injury

4. The Falcons defense is still a work in progress...at best

The Vikings were gashing the Falcons defense all game long, as they compiled 558 total yards. Atlanta's defensive line was overpowered by the Minnesota offensive line, and the Falcons allowed 241 rushing yards at a 5.5 yards per carry clip.

Already having lost their starting LT Sam Baker for the season, the Falcons offensive line was thin. This game saw three more of their offensive lineman go down - center Joe Hawley, right rackle Lamar Holmes and left guard Justin Blalock all left the game, forcing starting TE Levine Toilolo to play right guard for the remainder of the game.

With this loss, Matt Ryan's career road record is 24-26, compared to 38-10 at home. It makes sense for teams to struggle on the road when they play in a dome, but the difference in the Falcons' records at home and away stands out.

1. The Vikings have a new-found confidence

Depending on the severity of Teddy Bridgewater's injury, this Vikings team is going to be carrying a new confidence going forward with him under center. The initial reports are that Bridgewater's ankle is just fine, and that he's going to be dealing with a very mild sprain - if healthy, he has to be Minnesota's starter from here on out.