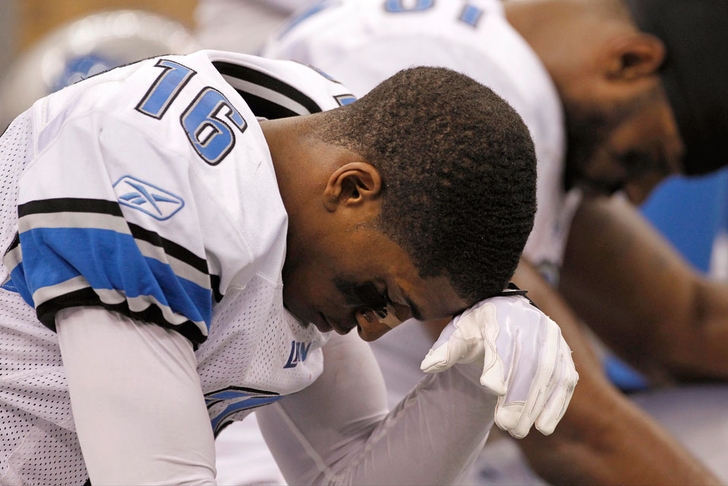 Former Detroit Lions WR Titus Young has been arrested on felony charges for the second time in two years, according to Los Angeles police.

Young is in custody in the Twin Towers Correctional Facility in Los Angeles, and has been charged with a felony - battery with serious bodily injury. Young has also been charged with four counts of battery of school, park or hospital property, according to the Detroit Free Press. The Los Angeles Sherriff's Department has declined comment on the incident (or incidents) leading to the latest charges.

Young's arrest came on July 9th, just a day before he was scheduled to appear in court on separate, unrelated charges in Newport Beach, CA. In May 2013, Young was brought up on 11 charges related to a felony burglary/assault, and gained notoriety after being arrested four times that month.

Young last played for the Detroit Lions, where behavioral issues led to his release in February 2013. The NFL offered Young mental help after family blamed his issues on a brain disorder, but the player declined.