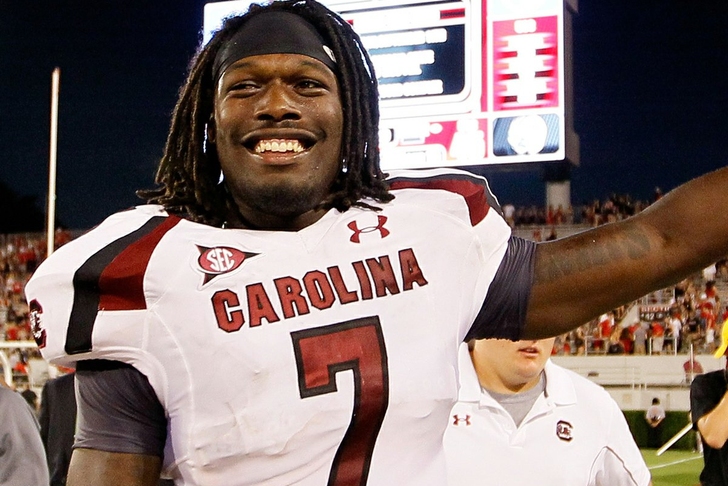 NFL front office guys have a perfectly logical reason to slander Jadeveon Clowney - if one of them can convince his colleagues to pass on the South Carolina DE, his team has an even better chance of drafting him for themselves.

It's hard to explain, though, what ESPN's Merril Hoge has to gain by calling Clowney's fundamentals 'atrocious'.

ESPN's Merril Hoge also said he would take Khalil Mack "in a heartbeat" over Jadeveon Clowney. "In the first round, all day." — Evan Silva (@evansilva) April 21, 2014

Clowney is still expected to be taken near the top of next month's NFL Draft, and in our own projections he's never fallen further than fifth. Stay tuned to our NFL page for all the latest draft coverage from all around the web.