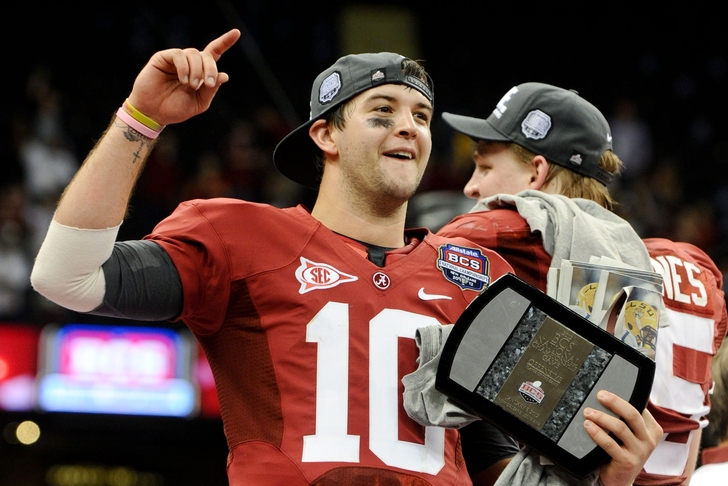 Per Mike Florio of Pro Football Talk, ESPN.com may have had a little bit of accidental sympathy for free-falling Alabama quarterback A.J. McCarron, during the fourth round of Saturday's draft festivities:

At one point during round four, however, ESPN did their best to help McCarron’s slide end. The ESPN.com draft tracker mistakenly showed that the Ravens took McCarron in round four, with the 38th pick in the round. McCarron’s name eventually was removed and replaced by the actual pick — Coastal Carolina running back Lorenzo Taliaferro.

Despite ESPN trying to will McCarron off the board with a bit of internet magic, the two-time national champion remains unpicked in the fifth round as of this writing.