ESPN Suspends Stephen A. Smith For One Week After Domestic Violence Controversy 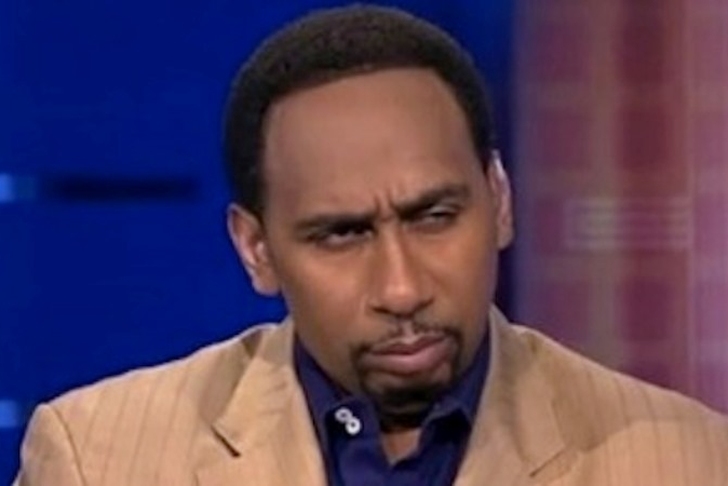 ESPN didn't use the word 'suspension', but it's hard to call this statement from their PR department anything else:

"Stephen A. Smith will not appear on First Take or ESPN Radio for the next week. He will return to ESPN next Wednesday."

Stephen A., as you may have heard, was discussing the Ray Rice situation in Baltimore when he went off on a little tangent about a woman's responsibility to avoid getting beaten. Deadspin has the full rundown, but it isn't like this is a complicated issue - if you can't wrap your head around the idea that hitting your partner is never okay, no matter what, you probably shouldn't be allowed to go off on rants that millions of people see and take seriously.

Smith's canned apology didn't help much, and we can only hope this suspension is just a preview of a world where we don't have to see, hear, or care about anything he and Skip Bayless have to say.

Radio Host Under Fire For Sexist Tirade Against Erin Andrews