"Deflategate" And The 8 Biggest Scandals In Sports History 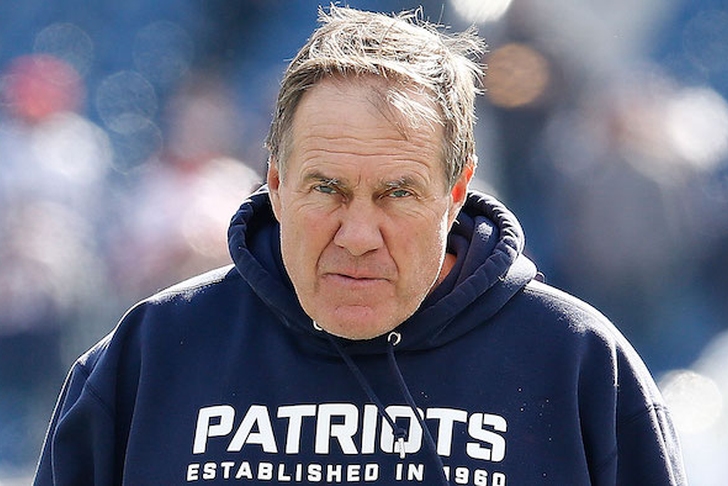 The "Deflategate" scandal has taken the sports world by storm during the past week after it was discovered the New England Patriots played with deflated footballs in the AFC Championship Game, and we're still waiting to see who is culpable and what the punishment will be. Few people thought that a small car crash in a driveway would unravel the life of one of the world's most celebrated athletes.

When it was discovered that Woods' wife broke his car window with a golf club, people started investigating further. The end result was 12 women who admitted to having an affair with Tiger at a certain time in his marriage.

His personal life suddenly became front page news everywhere in the world. Woods took a leave of absence from golf, got divorced, lost custody of his kids, and hasn't won a major tournament since.

"Deflategate" isn't the first time the Patriots have been in trouble with the NFL. In 2007, the New York Jets sent a complaint to Roger Goodell claiming the Patriots had filmed their defensive coordinators' signals during a game. Goodell spoke with the Patriots, and an investigation discovered that was true.

The stakes were raised when the investigation also found out they had taped a Rams practice in 2000 prior to the Super Bowl meeting between the two teams.

New England head coach Bill Belichick was fined $500,000, and the franchise was fined $250,000, but no further punishments were handed down. Pete Rose is undoubtedly one of baseball's best players of all time, but is banned from the MLB and the Hall of Fame for gambling on games. Rose never bet on games as a player, but he revealed that he bet on Reds games while being their manager.

After years of denying allegations, so much evidence piled up that commissioner Peter Ueberroth asked Rose to take a voluntary ban from MLB with the promise to stop investigations on how much Rose gambled.

Donaghy was NBA referee who was found to have wagered on games he officiated on, and essentially fixed. The NBA investigated the 2003-2007 season Donaghy worked, but many think he fixed the 2002 Western Conference Finals between the Los Angeles Lakers and Sacramento Kings. Wikipedia breaks down how it happened:

Sports gambling expert R.J. Bell, president of sports betting information site Pregame.com, tracked every game Donaghy worked from 2003 to 2007. He discovered that during the two seasons investigated by the NBA, the teams involved scored more points than expected by the Las Vegas sports books 57 percent of the time. In the previous two seasons, this only happened 44 percent of the time. According to Bell, the odds of such a discrepancy are 1 in 1,000, and there was "a 99.9 percent chance that these results would not have happened without an outside factor." He also found 10 straight games in 2007 in which Donaghy worked the game that the point spread moved 1.5 points or more before the tip—an indication that big money had been wagered on the game. The big money won every time—another indication that "something (was) going on.

Donaghy was sentenced to 15 months in prison and banned from the NBA.

Some members of the Chicago White Sox gambled on and fixed the 1919 World Series, where they were playing the Cincinnati Reds.

Eight players, who became known as the Black Sox, were banned for life from MLB for betting on the Reds, purposely losing games during the World Series, and winning large amounts of money. Arnold "Chick" Gandil orchestrated the fix, and convinced his teammates to take the money as well. As shown in ESPN's 30 for 30 documentary called "Pony Excess", Southern Methodist University's (SMU) football program was found to have had 16 years of continuously violating NCAA rules.

Players had been given large sums of money from boosters and from the college itself, essentially creating a payroll for players. Coaches and management were aware, and sometimes were the ones making the payments, and then lied about it.

The NCAA decided to punish SMU in the most drastic way they could, giving them the death penalty for the '87 season, meaning they weren't allowed to have any sort of football activities that season. However, it didn't affect that one season - most players left the school before the death penalty went into effect, and the school didn't have enough players to play the next season as well. Since then, SMU has had only one winning season. Tonya Harding and Nancy Kerrigan were both great ice skaters, the two best Americans at the time, and developed an extremely competitive rivalry.

While preparing for the Olympics in 1994, a man ambushed Kerrigan and struck her with a metal pole on her leg right before the U.S. Figure Skating Championships.

Amid a lot of suspicion, Harding declared that her now ex-husband and her bodyguard had conspired together and hired the man to break Kerrigan's leg to give Harding a better chance to win. Many still think Harding herself was the mastermind behind the attack, but that hasn't been proven.

Harding was banned from skating, but was accepted back after threatening to sue. She placed eighth in the following Olympics in 1998, and the rehabilitated Kerrigan won the silver medal. This scandal happened off the field, but it is the biggest and most hotly related sports-related scandal in history.

In 1994, Simpson was accused of killing his wife and another man at his home.

Simpson was then involved in a slow-speed car chase with cops on live TV before going to federal court.

The trial lasted nine months in the national spotlight, and Simpson was found not guilty. Numerous DNA samples and holes in his story had made him seem guilty, and it is the most debated verdict of all-time.