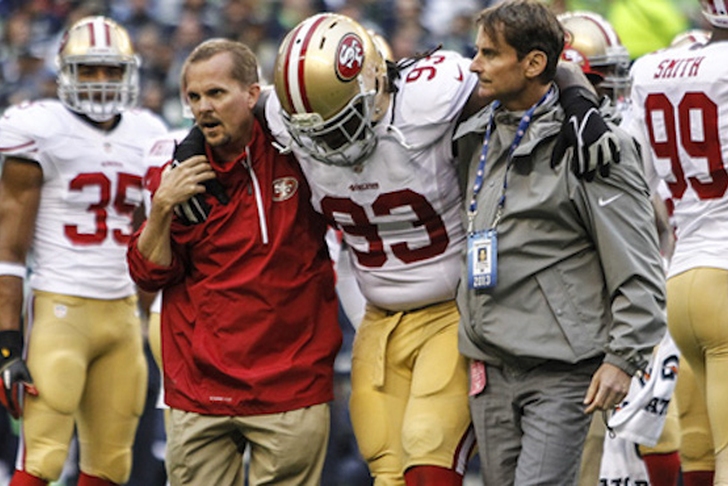 Federal drug agents conducted surprise inspections of NFL team medical staffs on Sunday, according to a report from the Washington Post.

The inspections are part of an ongoing investigation into prescription drug abuse in the league. The DEA suspects that teams give out drugs illegally to keep players on the field, which is in violation of the Controlled Substances Act.

The specific concerns are the dispensing of drugs by trainers rather than physicians and possible distribution of drugs without prescriptions.

Federal law prohibits anyone but a physician or nurse practitioner from distributing prescription drugs. It's also illegal for a physician to distribute drugs outside of his area of practice and it's illegal for trainers to dispense controlled substances in any way.

The medical staffs were part of travel parties across the country, but the two most notable targets were with the Tampa Bay Buccaneers and San Francisco 49ers. The report says the DEA had reason to look into those teams in particular, but the investigation is more widespread than that.

“The DEA has a responsibility under the Controlled Substances Act to ensure that registrants who possess, prescribe and dispense control substances are following the law,” said Payne.

The DEA has gone after individual NFL physicians and teams in the past.

In 2010, they raided the San Diego Chargers after safety Kevin Ellison was found with 100 Vicodin pills during a traffic stop. The found that the team’s then-doctor David Chao wrote more than 100 prescriptions to himself.

Last year, the New Orleans Saints agreed to a fine for failing to properly store, control and dispense medication. Security tapes showed a coach stealing Vicodin from a cabinet in 2010.