Could The NFL Draft Head to JerryWorld In 2015? 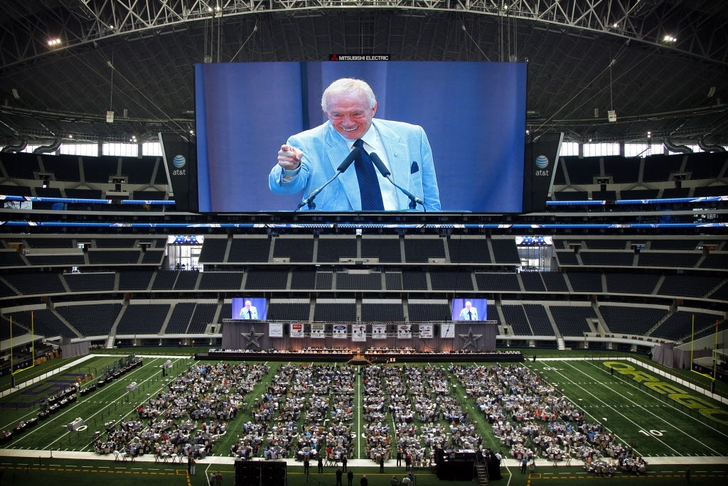 According to reports this morning, the 2015 NFL Draft likely won't be held at Radio City Music Hall in New York.

While the draft hasn't been held anywhere else since the early 1960's, the relationship between the NFL and the traditional venue has deteriorated significantly over the past year. Scheduling issues are reportedly to blame for the latest rift, and a number of parties have stepped in to register interest in hosting the draft elsewhere.

Peter King, who reported the draft would likely go for a change of scenery, picked Chicago as the most likely destination...but the league may have a hard time turning down an offer from their most extravagant stadium.

Over a week ago, Jerry Jones and the Cowboys reached out to NFL officials about moving the draft to AT&T stadium, and Jones will reportedly "do whatever it takes" to make sure the draft happens in Dallas next year. No official decision on the 2015 draft location is expected any time soon, but if Jerry Jones wants something with a price tag...he usually gets it.