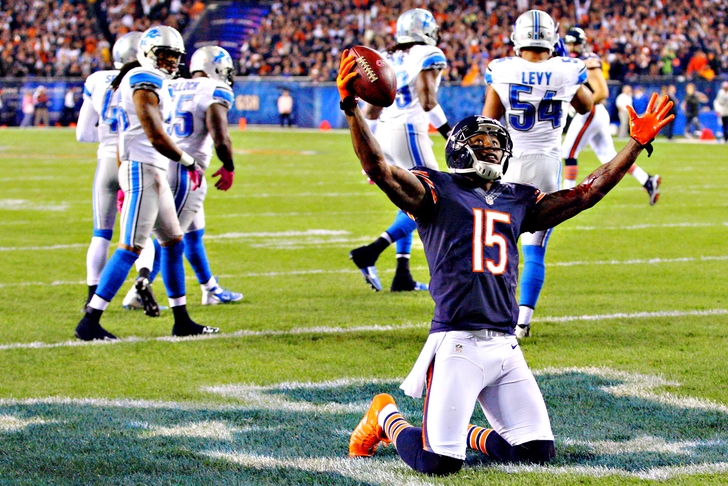 Chatsports recently selected four writers to serve as our writer advisory board - this group will work closely with the team to help create the best articles and guide the direction of our original content program going forward. The panel of writers includes Tom Downey, Justin Lee, Derick Hutchinson and Al King. Each week for the rest of the football season, our team will make their expert picks for the weekend's slate of games.

Here are the picks for Week 10:

An even split of picks indicates that this game could go either way. The slight advantage goes to the Giants, playing at home against a west-coast team.

The Falcons have been the biggest disappointment so far this season, and the Seahawks have been one of the best teams in the NFL. Even the return of Roddy White won't be enough for the Falcons to get the win.

Even before news broke that Jay Cutler is expected to play, the votes on this game were split down the middle. This game could go either way, and is an important matchup for both teams.

Somewhat shocking that even though Aaron Rodgers is out with a fractured clavicle, three writers still chose Green Bay to win. The Eagles defense is the worst in the league, and can be picked apart even by a backup quarterback.

This one doesn't really need an explanation - the Titans are going to beat the Jaguars, and it won't be close.

The Rams playing with Kellen Clemens as their starting QB plus the Colts proving themselves as a top team in the NFL equals a Colts win.

With E.J. Manuel back and the Steelers floundering this season, the Bills have what they need to go into Pittsburgh and steal a win.

The Ravens can't be this bad, can they? Last year's Super Bowl Champion desperately needs a win, and beating the Bengals could be just what they need to turn their season around. With even votes, this is a game that could go either way.

Two of the hottest teams in football over the last month face off in Candlestick Park. Three writers favor the 49ers at home, but it could go down as the game of the week when all is said and done.

Case Keenum came out in a big way for the Texans last week, and our writers feel like this is the week for him to get his first NFL win. The Cardinals have been struggling on offense all season long, and are facing one of the top defenses in the league.

Peyton Manning will prove himself as the best QB in football once again this week, as he leads the high-flying Broncos offense to a victory over the San Diego Chargers.

The Saints have proven to be one of the top teams in the league. New Orleans owns a top five offense, and Dallas has the 31st ranked defense in the NFL. This game could be a shootout, but three of our four writers have the Saints winning in the end.

What could be the least-watched Monday Night Football game in MNF history will showcase a winless team and a mediocre team currently going through a media firestorm. Mike Glennon and the Bucs almost came away with their first win last week against the Seahawks, but look for them to finally get that 'W' this week.