Breaking: Michael Vick Will Sign With The New York Jets 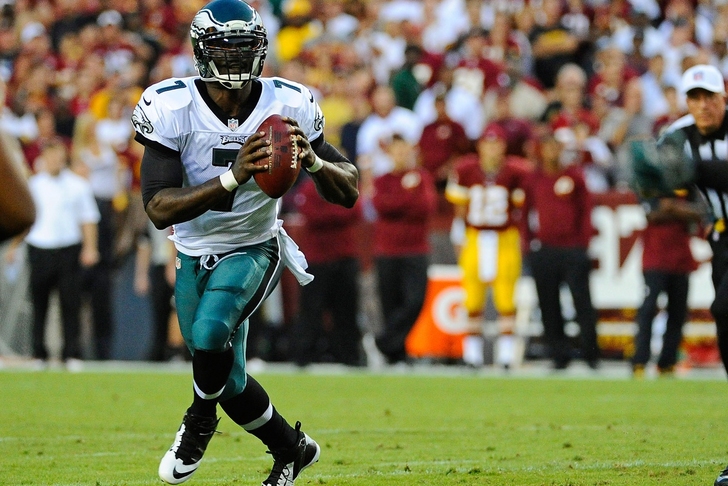 According to ESPN's Adam Schefter, Free Agent QB Michael Vick will be signing with the New York Jets.

Filed to ESPN: QB Michael Vick is signing with the New York Jets, per team and league sources.

There were initial rumors that Vick would want QB Geno Smith's #7 jersey, but a source close to Vick confirmed that his jersey number was the last thing on his mind. The Jets reportedly see Vick as a backup option for second-year Smith, but it remains to be seen whether a strong training camp and preseason could vault Vick ahead of Smith on the depth chart.

Last season, Vick began the year as Philadelphia's starting QB, but after an injury he was replaced by Nick Foles. Foles performed beyond anyone's expectations, ending the year as one of the league's top passers, and the Eagles allowed Vick to become a free agent.

Vick's deal with the Jets will reportedly be a one-year agreement worth up to $5 million.