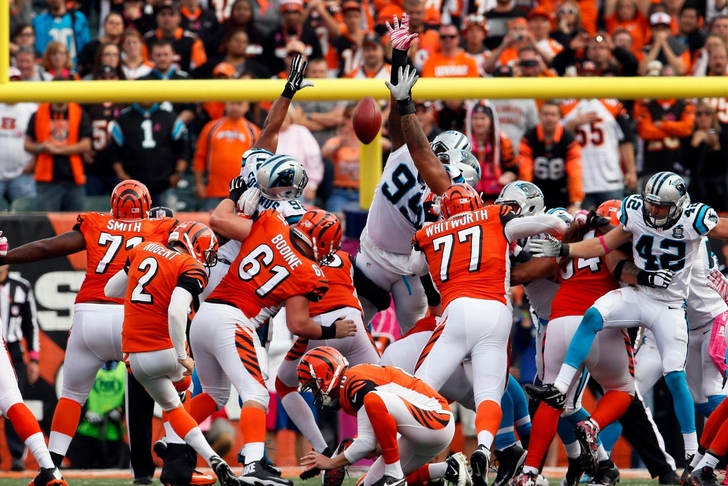 It's reasonable to assume the Cincinnati Bengals were frustrated for ending their game against the Panthers in a tie. Cornerback Adam 'Pacman' Jones didn't hesitate when deciding who to blame, pointing to his own kicker.

Kicker Mike Nugent pushed a potential game-winning 36-yard field goal wide as time expired in overtime, which ended the game in the NFL a tie for the third straight season.

"We were in a perfect position to win the game, two seconds left on the clock, we've got to win the game," Jones said postgame. "Everybody in here gets paid to do a job and that's what everybody needs to do."

He wouldn't go as far as to suggest the Bengals should go after a new kicker, but he wasn't 100% behind Nugent, either.

"I didn't say that, but I said everybody gets paid to do a job, so perform and do your job, that's all I'm saying."

Jones seemingly glossed over the fact the the Bengals' defense allowed 37 points to the Panthers, but he does not seem pleased with Nugent's inconsistent kicking this season.