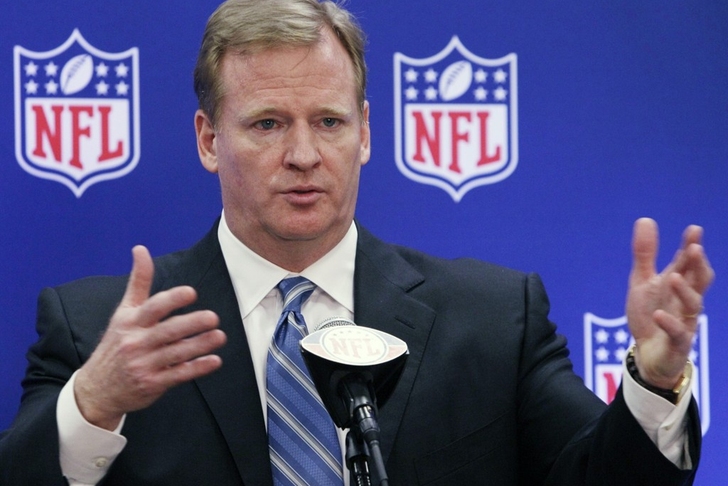 A new class-action lawsuit has been filed today against all 32 NFL teams individually by 13 former players alleging the organizations engaged in a "medical conspiracy" to put profit over the health and safety of players by intentionally misrepresenting medications. The lawsuit claims this was done in order to keep players on the field at all costs, directly causing both physical and economic damages, injuries, and losses.

Etopia Evans (representing the estate of Charles Evans), Robert Massey, Troy Sadowski, Christopher Goode, Darryl Ashmore, Jerry Wunsch, Eric King, Alphonso Carreker, Steven Lofton, Duriel Harris, Jeffrey Graham, Mel Renfro, and Cedric Killings are the plaintiffs listed, but the lawsuit has been filed in the United States District Court of Maryland on behalf of all retired NFL players. This lawsuit comes less than one year after the NFL was ordered to pay $765 million in damages in a lawsuit regarding concussion-related claims from thousands of former players.

On condition of anonymity, one of the lawyers in the case exclusively told Chat Sports that the plaintiffs are seeking, at minimum, lifelong health care for all former NFL players, as well as punitive damages.

The lawsuit states that when football began to rival baseball as "the country’s national game" in the 1960's, teams started seeing the large profits that came from television and began to realize the "true nature of the revenues they could achieve."

During professional football's rise, the lawsuit claims that teams began to understand the "necessity" of keeping their best players in the game to get the best possible TV ratings, creating the "profit over health" culture. The lawsuit also points to the NFL's expansion from 24 to 32 teams since the 1960's, adding more games to the regular season schedule, giving teams less rest by playing on Monday and Thursday nights, and smaller 53-man rosters to show the league's focus on profit over player health and safety.

The lawsuit alleges that as a result, team doctors and trainers started giving players various pain killers (including Percodan, Percocet, Vicodin, Valium, Librium, and Codeine), anti-inflammatories (including Aspirin, Ibuprofen, Naproxen, and Toradol), and sleep aids to keep them on the field or get them back on the field as soon as possible:

Players from every decade since the 1960s describe the same thing – Club doctors and trainers providing injections or pills, often not telling the players what they were receiving and rarely if ever talking about the need for informed consent or the side or long term effects of what they were taking.  These doctors and trainers dispensed the Medications to their football patients in an amount and manner they would never do with their non-football patients.

Since at least the mid-1960s, the Clubs, by agreement or understanding, created a culture that places an emphasis on returning players to the field as soon as possible with little if any consideration for the short or long-term effects such return to play will have on the players’ health.

The plaintiffs claim that they were given those medications without:

- An objective and neutral medical examination and diagnosis

- In combination with alcoholic beverages in a contraindicated combination

- Without a pre-administration warning of possible side effects, toxicity, dangerous drug interactions or other risks

The plaintiffs have also included numerous stories in the lawsuit in an effort to back up their claims, including this one involving offensive lineman Jerry Wunsch and former Seattle Seahawks head coach Mike Holmgren:

On November 23, 2003, the Seattle Seahawks were playing the Baltimore Ravens in Baltimore.  Before the game, Coach Holmgren asked Mr. Wunsch if he could play, to which Mr. Wunsch replied “I do not think so.”  Coach Holmgren then called for Sam Ramsden, the Seahawks’ trainer, and asked “what can we do to help Mr. Wunsch play today.”  Mr. Ramsden brought the doctors over, who gave him a Toradol shot and 750 mg of Vicodin, saying they would help, even though Mr. Wunsch was already taking anti-inflammatories as prescribed by his doctors.

He played feeling high and after half time the Medications wore off and he told anyone who would listen that he could not play anymore but Mr. Ramsden gave him another 750 mg of Vicodin for the second half.  In short, on top of the Indocin he was already taking, Mr. Wunsch was also given 1500 mg of Vicodin and a Toradol shot, within a three hour span, so he could play football.

The lawsuit claims that the "intentional misrepresentations" mentioned in this story and throughout the NFL led to "internal organ injuries and muscular/skeletal injuries" for the players, and they were "made worse by the administration of the medications" to keep the players on the field.

If the plaintiff's claims are true, all 32 teams would then be in violation of the Federal Controlled Substances Act and/or Food Drug & Cosmetic Act, along with analogous State laws for not governing the "dispensation, use, distribution, and possession of controlled substances", as well as not providing labels and warnings on necessary medications.

The lawsuit is being filed by the same legal team that sued NFL as a whole last year in California for negligence on this front, but that case was thrown out. They hope that by re-filing against all 32 teams individually, they can expose the medical practices of each organization's team doctors and trainers to get lifelong health care for all former NFL players.