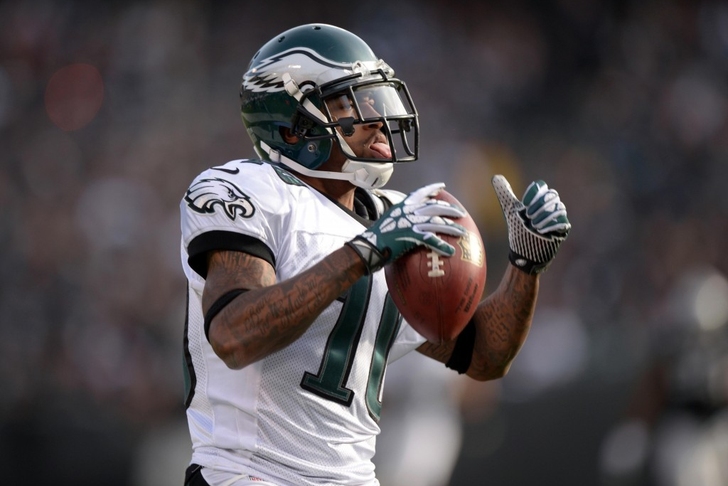 After careful consideration this offseason, Eagles decide to part ways with DeSean Jackson. The team informed him of his release today.

ESPN's Adam Schefter reported that there were teams interested in trading for Jackson, but the Eagles ultimately elected to cut him. A NJ.com story tweeted out by Schefter alleges that the Eagles were concerned over Jackson's ties to members of the Crips, particularly Theron Shakir, who was charged in a 2010 murder case but never convicted.

Jackson moved quickly to refute the rumors, issuing the following statement on Facebook:

"First I would like to thank the Eagles organization, the Eagles fans and the city of Philadelphia for my time in Philly. I would also like to thank coach Andy Reed for bringing me in. Secondly, I would like to address the misleading and unfounded reports that my release has anything to do with any affiliation that has been speculated surrounding the company I keep off of the field. I would like to make it very clear that I am not and never have been part of any gang. I am not a gang member and to speculate and assume that I am involved in such activity off the field is reckless and irresponsible. I work very hard on and off the field and I am a good person with good values. I am proud of the accomplishments that I have made both on and off the field. I have worked tirelessly to give back to my community and have a positive impact on those in need. It is unfortunate that I now have to defend myself and my intentions. These reports are irresponsible and just not true . I look forward to working hard for my new team. God Bless."

There will almost assuredly be more developments in this story, and we'll provide updates as more information becomes available.