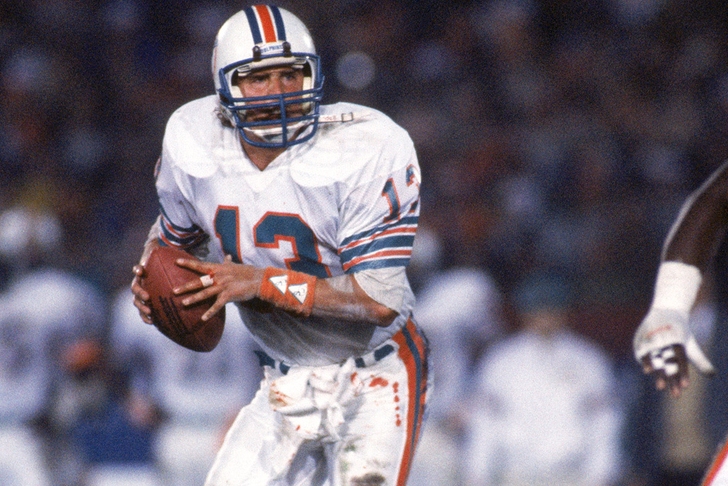 Dan Marino and 14 other former NFL players, several of them Hall-of-Famers, sued the NFL over concussions last week, according to the Los Angeles Times.

The complaint is fairly similar to the other filings against the NFL, alleging that the league did not reveal information about football-related brain injuries and deliberately misled players.

In August 2013, the NFL and former players reached a $765 million settlement intended to cover the costs of all concussion-related player issues. This January, the settlement was rejected by U.S. District Judge Anita Brody because she feared "the sum may not be enough to cover injured players.".

The legal wrangling has continued ever since, with the NFL trying to keep the proposed cost of the settlement down despite new evidence and allegations of mismanagement. Marino is arguably the highest-profile former player to file suit against the league, but he joins a growing list that includes Jim McMahon, Andre Reed and Bruce Smith.

This latest filing will no doubt increase the pressure on the NFL, but with the number of lawyers now involved we wouldn't expect a new settlement any time soon.