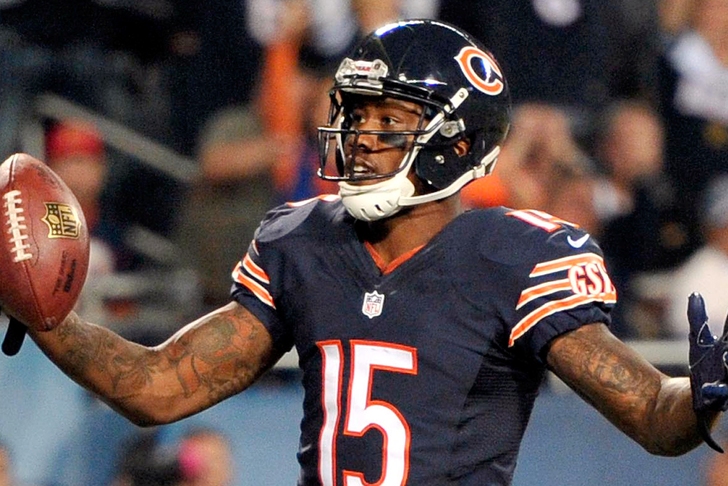 Just when it looks like the NFL's domestic violence saga can't get any messier, it finds a way.

Well-known civil rights attorney Gloria Allred held a press conference in Atlanta Wednesday along with two women - one a former girlfriend of then-Broncos WR Brandon Marshall - who claimed that they were "victims of violence and abuse by an NFL player". During the conference, Allred alleged that the NFL and commissioner Roger Goodell attempted to cover up incidents in 2008 that involved Marshall while he was a member of the Broncos. Marshall was arrested for domestic violence at the time and was suspended for three games (later reduced to one), but according to Allred, there was apparently much more going on than the public was made aware of.

One of the women appearing with Allred, Kristeena Spivey, accused Marshall (who now plays for the Chicago Bears) of several incidents of abuse targeting her friend Rasheedah Watley. Spivey claimed to have called and emailed Goodell about the incident multiple times, but never received a response.

Watley filed an affidavit in Fulton County Magistrate Court on March 5, 2008, claiming Marshall hit her in the mouth and left eye, resulting in "visible marks above the eye and a laceration on her top and bottom lip." Marshall was later found not guilty. In Wednesday's press conference, Spivey mentioned a previously unknown incident where Marshall allegedly rammed into her car, then threw a chunk of cement at a window to try to get Watley out of her apartment.

Marshall denied allegations of abuse at the time, but was suspended for three games (later reduced to one) in lieu of the domestic violence arrest and a DUI charge. Marshall sought treatment for borderline personality disorder, and later attributed the incident to his struggle with mental illness. Allred did not elaborate on Goodell's involvement in a coverup beyond not returning Spivey's calls and emails, but made it clear she and her clients believe he played a greater role.

Stay tuned to our NFL page for more on this story as it develops.