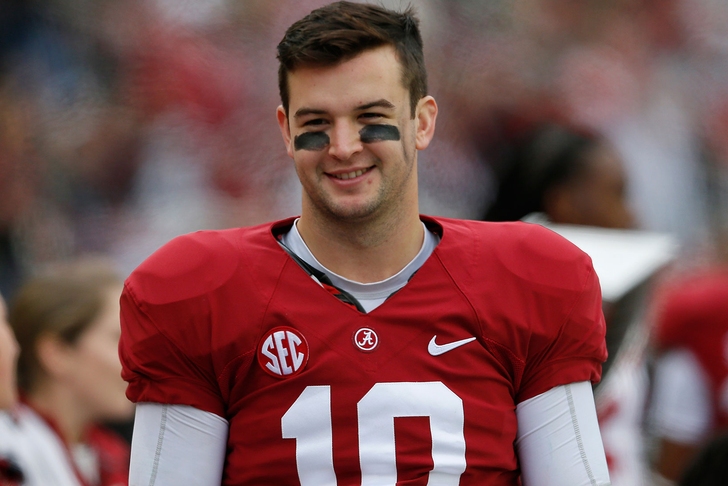 As a two-time national champion, many thought that former Alabama Crimson Tide quarterback A.J. McCarron would quickly find a home in the 2014 NFL Draft to try and repeat said success.

However, according to Josh Alper of Pro Football Talk, "Adam Schefter of ESPN reports that McCarron...rubbed teams “the wrong way” when he met with them heading into the draft. It’s not the first time that we’ve heard things along these lines about McCarron."

As Pro Football Talk reported earlier in the weeks leading up to the draft, many scouts and talent evaluators were miffed by McCarron's claims that teams were labeling him as a first-round talent -- despite most projections placing him somewhere in the middle of the 2014 draft class.

This seems to have bled over into the team interview process, with McCarron's innate confidence perhaps coming off as brash and self-oriented -- most like the reason why, as of this writing, McCarron is still on the board in the fifth round.