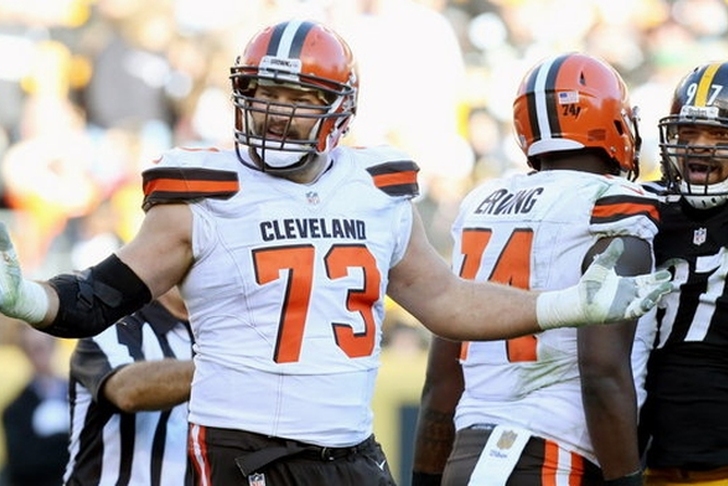 The NFL trade deadline is just hours away at 4:00 pm ET on Tuesday, and as a result, the trade rumors are swirling around the league. Several of the league's worst teams are looking to unload veterans for draft picks, while contending teams are looking for the missing piece that could be the difference for them in the playoffs. So which teams are most likely to make a move? Here are the seven teams we could make a big trade this week:

San Francisco 49ers
The 49ers know they aren't going anywhere this season, and as a result, they're looking to get rid of some of their veteran players in exchange for draft picks. There are conflicting reports as to whether offensive tackle Joe Staley is on the trade block, but wide receiver Torrey Smith definitely is. Look for at least one of those guys to be traded, maybe two.

Philadelphia Eagles
Speaking of Smith, he is one of the receivers the Eagles are trying to trade for. They have extra draft picks after trading Sam Bradford to the Vikings and Eric Rowe to the Patriots, giving them the ammunition to make a big splash on the trade market. With them surprisingly competing for the playoffs, they appear willing to invest in a player to help them this year.

Cleveland Browns
The Browns are the only winless team in the league, and therefore are in the mix to trade veterans for picks. They've also already been active on the trade market, acquiring Pro Bowl linebacker Jamie Collins from the Patriots. However, there isn't much to work with. Head coach Hue Jackson said they will not trade All-Pro offensive tackle Joe Thomas, and they've rightfully deemed wideout Terrelle Pryor too valuable to trade. Of course, they could change their minds with Thomas for the right price, and cornerback Joe Haden could also be on the move.

New York Giants
New York is one of the teams that is looking to upgrade their offensive line, going after both Joe Thomas and Joe Staley. They have made this a top priority, and if one of those two Pro Bowl tackles get traded, the Giants appear to be the most likely destination.

New York Jets
The other team in New York is also looking to deal. With a 3-5 record, the Jets are a long shot to make the playoffs, leading to rumors that they are looking to deal some of their veterans. Wide receiver Brandon Marshall has received interest from the Chiefs, while several teams have called about defensive lineman Sheldon Richardson.

Tampa Bay Buccaneers
Along with the Chiefs, the Bucs are also looking to add a wideout before the deadline, according to Jason La Canfora of CBS Sports. Tampa may have lost Vincent Jackson for the season with a knee injury, and they're now lacking depth with Mike Evans as their only proven receiver.

Dallas Cowboys
With the emergence of Ezekiel Elliott and with Alfred Morris firmly entrenched as the backup, running back Darren McFadden has found himself lost in the shuffle and without a carry this season. A few teams have reportedly expressed interest in McFadden, namely the Detroit Lions, and it wouldn't take much for a deal to be made.