7 NFL Stars Who Could Be Cut This Offseason 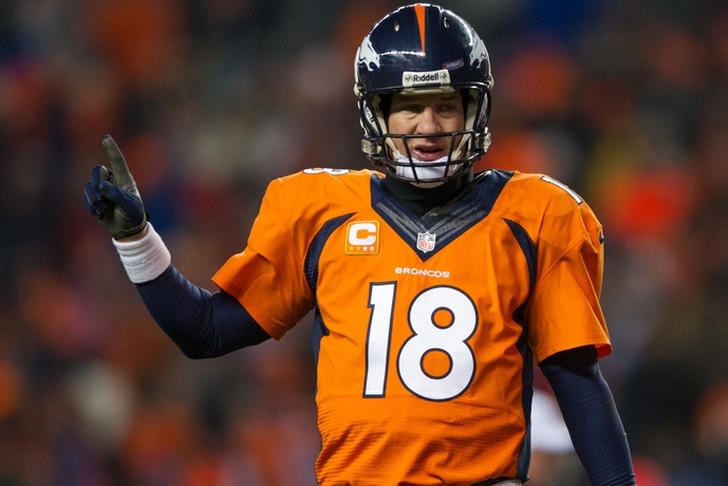 Each year, several talented players end up being cap casualties in the NFL. Their contracts no longer match their production and their teams elect to save money by releasing the player. That will be the case once again this season.

NFL contracts are complicated, but the folks over at Spotrac do a wonderful job of making it easier to understand. One quick note, the phrase "post-June 1st cut" appears several times here. For those not familiar with the term, it allows teams to move some of the dead money that comes with cutting a player into next season.

With that in mind, here are 7 NFL Stars Who Could Be Cut This Offseason:

RGIII is all but gone from Washington. The team owes him a $16 million base salary next year, but can cut him without giving him a cent. The team seems poised to hand a new, and likely large, contract to Kirk Cousins, which means they aren't going to pay Griffin $16 million to ride the bench. He'll be playing for a new team next season.

There's a chance Manning could retire after this season, and he's one of several players in that category on this list. Manning's cap hit next season is $21.5 million and Denver needs to resign several key players, including QB Brock Osweiler. The team can't afford to keep Manning at that price, which means he'll either need to retire or take a pay cut. Otherwise, the team will likely cut (or trade) him. If that happens, the team will take only a $2.5 million cap hit. Manning likely won't be playing for the Broncos next season.

Much of Kaepernick's situation depends on whom the team hires as their next head coach. If the team wants to keep Kaepernick, he'll carry a nearly $16 million hit. The team has several different windows in which to move the QB. If the team cuts him before April 1st, they'll save nearly $8.5 million on their cap. The 49ers can also trade him before June 1st and save the same amount. However, if the team cuts him between April 1st and June 1st, it will actually add another $3 million to their cap. If the team makes him a post-June 1st cut, it will save only $1.52 million this year and add roughly another $5 million to 2017's cap. Trading him after June 1st save the team $13.42 million this year and adds that same $5 million to the team's cap in 2017. Confused yet? Salary caps are often very complicated, which is why Kaepernick's future is rather murky. The likely move if the team doesn't want Kaepernick is to cut him before April 1st.

Lynch's future in Seattle is a giant question mark. He seemed set to play in the Wild Card game, before pulling himself out of the game. Lynch could opt to call it a career, which makes more sense than it seems given that Lynch will turn 30 this offseason. Lynch also has an $11.5 million cap hit and the Seahawks have a replacement waiting in the wings in Thomas Rawls. Cutting Lynch would save the team over half that amount. The Seahawks are tight on cap space and their marriage with Lynch could be coming to an end soon.

Johnson is contemplating retirement, which might actually be the best thing for the Lions. He's carrying a massive $24 million cap hit next season, a figure that outpaces Johnson's play. If Johnson doesn't elect to retire, the team might be forced to cut him. Dumping him before June 1st would save the team roughly half of that money. Designating him a post June 1st cut would move $4 million of the cap hit into 2017.

There are already reports the Bills will cut Williams, making him one of the most obvious choices. He carries a $19.9 million cap hit next season and the team can save $12.9 million by cutting him before March 13th. Expect that to be the case.

Carr has a $13.82 million cap hit for next year, a figure that does not match his play. The Cowboys are tight on cap space and can save quite a bit by releasing Carr after June 1st. Doing so makes Carr's cap hit $2.25 for each of the next two seasons, saving the team $11.1 million this year. That's more than enough to help find a replacement for Carr.