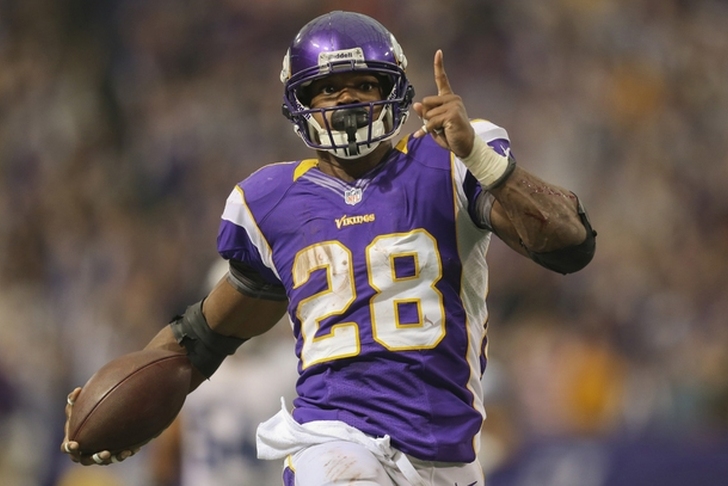 The NFL is a passing league now, which means there are fewer workhorse running backs. The days of "three yards and a cloud of dust" are long gone. More teams use a running back-by-committee approach, so the top-tier group of running backs is thinner than ever. The NFL has a lot of good RBs, but only a limited number of great ones. Talented RBs including, but not limited to, Jeremy Hill, C.J. Anderson, Lamar Miller and Justin Forsett just missed out. Arian Foster likely would have made the list if he were healthy. Matt Forte is No. 8. This list factors in past performance as well as projects how I'll think they will play this season. Here are the top seven RBs in the NFL in 2015.

Murray is coming off the best season of his career. He finally stayed healthy and had a massive workload. He'll regress this season. He's often injured and it wouldn't be surprising to see him go down this year. His offensive line in Philadelphia is worse than the one he had in Dallas. Murray is talented, but there is cause for concern this season.

Shady didn't score as much last season in Philadelphia, but he still had a strong year. Unfortunately, he's a bit banged up and could be in for a down year. The offensive line in Buffalo is worse than the one he had with the Eagles. He'll get plenty of touches, but McCoy won't be quite as good as he was last season. Still, he's an obvious choice to make the top seven.

He's not the LeBron James of the NFL, but Charles is still really good. He's a threat on the ground and in the air, which is important for the Chiefs. The offense leans on him heavily. He'll turn 29 near the end of the season, but he's still on the right side of 30. There is no reason to expect a decline this year. A strong case can be made that he should be higher.

Any of the RBs in the Top 5 are worthy of being the best in the league. That includes Lacy. The Packers' offense has been better since Lacy entered the league, which is quite the compliment. He's a big, strong back who, in hindsight, should not have slipped into the second round of the NFL Draft. At age 25, he's only going to get better.

Beast Mode has had quite the career revival since getting out of Buffalo. He's tough to bring down and is quick enough to make guys miss. He's 29, which means he could start to decline. However, his running style might allow him to play at his peak longer than the average running back, assuming he stays healthy.

Bell played great last season, both running the ball and catching it. The Steelers are going to miss him for the first two games. He's the youngest player on this list, at only 23. He, potentially, has seven more years of elite play left in him. Much like the other top five players, Bell has a legitimate claim to being the NFL's best RB.

I know what you're thinking. Peterson is 30, he barely played last season and his offensive line isn't great. I get that, but Peterson is the exception to all the normal rules about running backs. His NFL age is younger than 30, because he hasn't taken as many hits. He's also a freak athlete that can play well into his 30s. I also think he'll run angry this season. An angry Peterson is a dangerous runner. He likely would have topped many lists had he played last season. He's going to have a monster season.