The 7 Best Offenses In The NFL So Far This Season 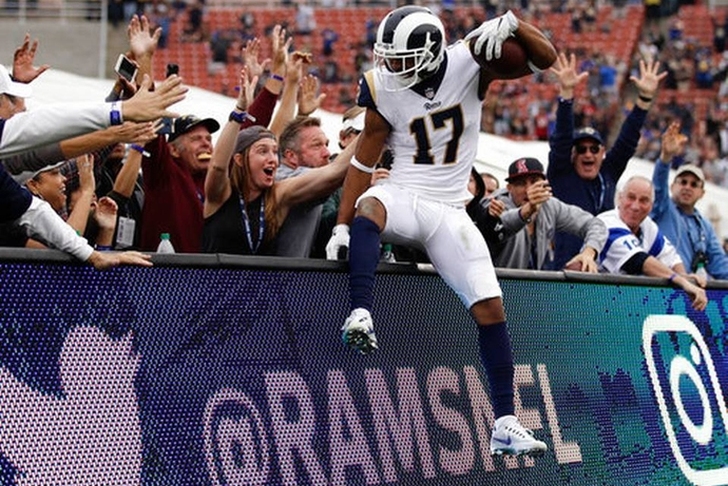 In a season filled with injuries putting a list together of the top seven offenses in the NFL wasn't easy. If you don't like my top seven offenses then tell me why on Twitter @MitchellRenz365. I am basing the offenses on how well they have done this season and current roster make-up.

7. Dallas Cowboys
If the Cowboys had Ezekiel Elliott and a healthy Tyron Smith they would be in the top five. The issue with that statement is they don't at the moment. Dak Prescott has 16 passing touchdowns this season and now has to carry this offense which I believe he is capable of doing. The Cowboys average 25.9 points this season which is the 8th highest in the NFL.

6. Detriot Lions
The Lions have scored 244 points this season which is the sixth highest in the NFL. Matthew Stafford is leading an efficient offense with his 17 passing touchdowns and only five interceptions. Sure the Lion's are 15th in the NFL in yards but the fact that they average 27.1 points per game is the more important stat which is why they are number six.

5. Kansas City Chiefs
Alex Smith is an MVP candidate with his 18 passing touchdowns and him only turning the ball over one time this season. Kareem Hunt has been great his rookie season rushing for 800 yards which is the second most in the NFL. Tyreek Hill is giving the Chiefs an uncoverable element of speed stretching the field and opening up running lanes for Hunt. The Chiefs have scored the fifth most points in the NFL and are number five on my board.

4. Los Angeles Rams
The Rams lead the NFL in scoring with 296 points this season so why aren't they the top offense in the league? I think their schedule has been favorable this season and the lack of experience on offense makes me wonder if they can continue to be so good. Sean McVay deserves to be in the conversation for Coach of the Year with him turning around this team in one year. Todd Gurley and Jared Goff you could argue right now are the best running back/quarterback duo in the league.

3. New Orleans Saints
Do the Saints have the best rushing attack in the NFL? I think they do. But let's not give all the credit to Mark Ingram and Alvin Kamara, I think the Saints offensive line is one of the best in the league and the play of Drew Brees needs to be appreciated more. Brees has been efficient this season and is currently on pace to set a career high in completion percentage which is just as much a reason for their seven-game winning streak. The Saints are second in the NFL in yards (402.4) and third in the NFL in points (268).

2. Philadelphia Eagles
The Eagles are fourth in yards but more importantly, they average 31.4 points per game which is the second highest in the NFL. They are the most balanced offense in the NFL right now with newly added running back Jay Ajayi and the passing attack led by current MVP Carson Wentz.

If you want to hear more talk about the NFL's best offenses and players, luckily for you Tom Downey and Mitchell Renz talk about that and much more on The Fantasy Football Rumors Podcast.