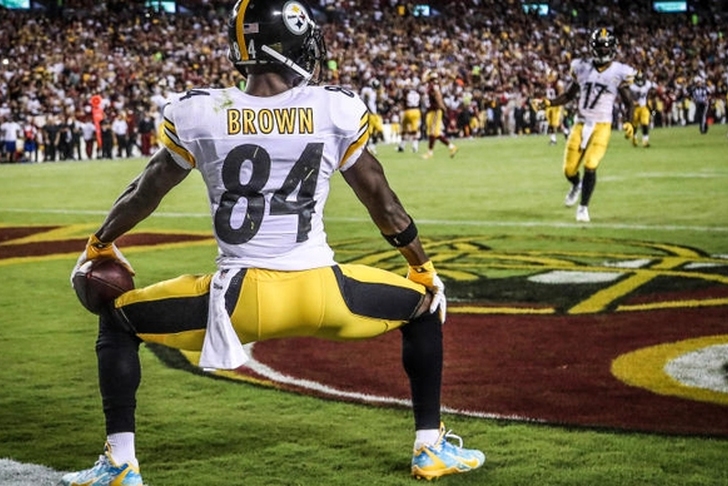 The NFL passed a new rule to give players more freedoms when it comes to celebrations. Players can now use the ball as a prop, celebrate on the ground (allowing for snow angels in games where it's snowing) and do group celebrations. Which players will take the most advantage of the new rules? Here are the six we figure will most benefit from the change:

Antonio Brown, WR, Pittsburgh Steelers
Unfortunately for Brown, twerking still won't be allowed, but we know he likes to celebrate and push those celebrations to the limit. We're quite sure he'll choreograph some funny dances with fellow receivers and use the football in creative ways.

Odell Beckham Jr., WR, New York Giants
Now that Beckham can go to the ground and include other people in his dances, he's going to come up with some of the most creative celebrations of the season.

Marquette King, P, Oakland Raiders
Speaking of creative celebrations, the swaggiest punter in the game is sure to come up with something fun. Given, he (probably) won't get to do a touchdown celebration, but that hasn't stopped him before (probably can't celebrate with a flag, though).

Cam Newton, QB, Carolina Panthers
Newton is perhaps the most notorious touchdown dancer in the league, and it's a given that he will engineer many, many team dances - as long as the ball goes to a kid in the crowd afterwards.

Ezekiel Elliott, RB, Dallas Cowboys
Elliott provided us with the best touchdown celebration of the 2016 season when he jumped into the Salvation Army kettle. What else will he have in store in 2017?

Josh Norman, CB, Washington Redskins
Norman's favorite bow-and-arrow celebration is still banned, but we know he'll find plenty of other ways to celebrate. In Carolina, he loved to use a ball as a prop - we're sure he'll do it a lot more now that it's legal.

This is Josh Norman's 2nd career 2 INT game. The other was last year against TB, including a pick 6 and a horse ride. pic.twitter.com/3Id0a7sTbE