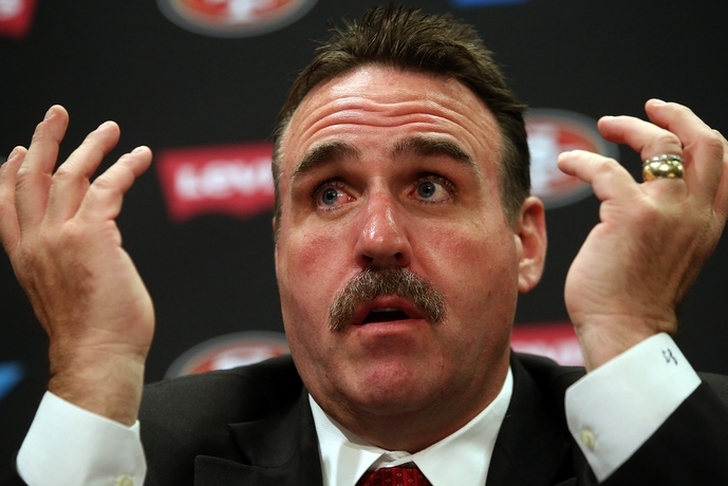 Being an NFL head coach is not an easy job. It's what makes coaches like Bill Belichick so great. Being a good NFL coach is hard, just ask fired coaches like Joe Philbin and Ken Whisenhunt. Several other NFL head coaches have had terrible starts to their seasons and may meet a similar fate. These coaches have struggled this season and are the worst in the NFL. With that in mind, here are the five NFL worst head coaches in the NFL. Campbell's been an upgrade over Philbin, but he's still one of the worst coaches in the NFL. He's not really ready for a head coaching gig, although I do like the fire and passion he's brought. Still, the Dolphins have lost four of their last five games. Their biggest issue has been a complete refusal to run the ball. That mistake falls on the shoulders of Campbell.

Mike Pettine wasn't the top choice when the Browns hired him and it's clear why. The team struggles mightily to make adjustments and the refusal to play Johnny Manziel is only hurting the team in the long-term. Pettine is a defensive coach, which makes the team's struggles on that side of the ball even more disappointing.

Part of the blame belongs to offensive coordinator Joe Lombardi, who had done a terrible job this season and is now out of work, but the buck stops with the head coach. The Lions had playoff expectations this season, but Caldwell's team was the last one in the league to pick up a victory. They've rebounded to hold a 4-7 record, but Caldwell shouldn't be an NFL head coach. Mularkey is just the interim, so maybe it's a bit unfair to put him in here, but he is a head coach. He's also not a very good one. The team is 1-3 under Mularkey and likely will compete for the first overall draft pick this season. Mularkey just shouldn't be a head coach in the NFL.