5 Trades That Could Happen Before The NFL Trade Deadline 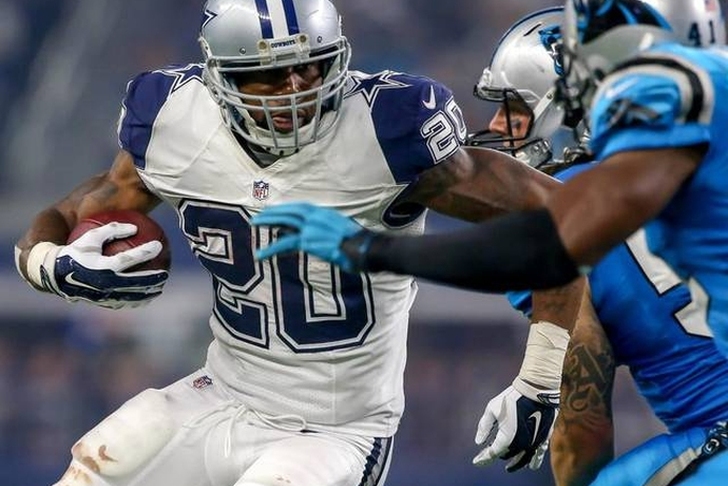 The NFL trade deadline is just one week away on Nov. 1 at 4:00 pm ET, and as a result, the trade rumors are swirling around the league. Several of the league's worst teams are looking to unload veterans for draft picks, while contending teams are looking for the missing piece that could be the difference for them in the playoffs. Here are the five trades that are the most likely to happen before the deadline:

Bears trade Alshon Jeffery to Eagles for second-round pick
The Eagles are looking to upgrade their receiving score as they go for the NFC East title, and Jeffery makes perfect sense. Jeffery will be an unrestricted free agent in the offseason, and if Chicago doesn't think he'll re-sign with them, they would be smart to trade him instead of losing him for nothing. He'd give Carson Wentz a big-bodied possession receiver and legitimate red zone threat.

49ers trade Joe Staley to Seahawks for second-round pick
The 49ers and Seahawks linking up for a trade? We all know how bad Seattle's offensive line is, and San Francisco is rumored to be open to dealing Staley. The five-time Pro Bowler would be a huge upgrade over anyone the Seahawks have, and would help Seattle improve their downfield passing attack by actually giving Russell Westbrook time to throw.

Dolphins trade Cameron Wake to Falcons for fourth-round pick
Miami isn't going anywhere this season and Wake is at the end of his career. Atlanta is trying to hold on to the NFC South lead, and they need to improve their defense to help make that happen - particularly their pass rush. Wake already has three sacks this season, and is just two years removed from an 11.5-sack season.

Browns trade Joe Haden to Panthers for second-round pick
Cleveland figures to be open for business (other than Joe Thomas and Terrelle Pryor), making Haden - one of the better cornerbacks in the league - one of the most likely to be moved. Even though the Panthers are just 1-5 this season, they're not exactly in rebuild mode. Adding a veteran like Haden would improve their secondary that has been the worst in the league, and help make up for the mistake of giving up Josh Norman.

Cowboys trade Darren McFadden to Lions for sixth-round pick
McFadden is buried on Dallas' depth chart behind Ezekiel Elliott and Alfred Morris. For Detroit, injuries are causing them to start Justin Forsett, who they signed last week after he was cut by the Ravens. McFadden may not start for the Lions, but he would definitely good a good chunk of carries - taking some pressure of Matthew Stafford and giving them some semblance of offensive balance.