5 Things To Watch For In Week 1 Of The NFL 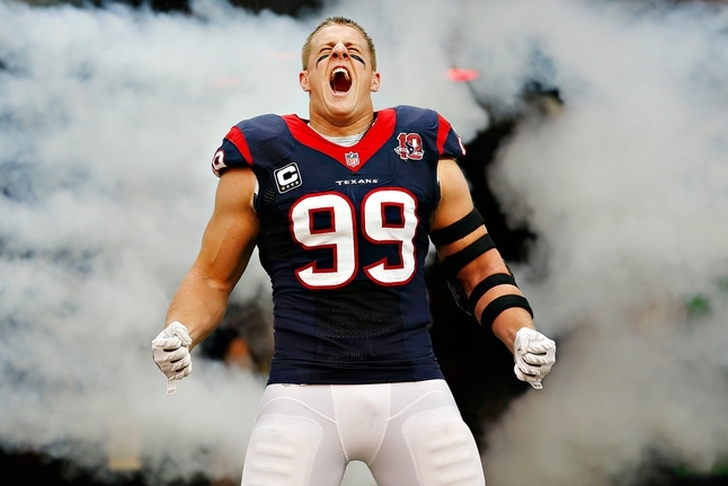 At long last, the first Sunday of the NFL is finally here. This day isn't an official national holiday, but it sure feels like one. So while you sit and watch all the goodness that tomorrow brings, here are five things to keep an eye out for.

I hate writing this. I never want to see a player go down, but it's a sad reality of the NFL. Players get hurt, sometimes for only a game or two and sometimes for the whole season. Someone will get hurt in Week 1. Hopefully, it's not a star player.

If you're a fantasy nut like myself, you've ​likely got your fantasy lineup pulled up on your phone or computer all Sunday long. And that's just fine. There is nothing wrong with constantly checking your lineup, even though nothing has changed in the last 35 seconds.

Yeah, they've all gotten a chance to show their stuff in the preseason. But we all know the preseason isn't the same as the regular season. Getting to see what rookies like Marcus Mariota, Jameis Winston and Amari Cooper do in their first real games is going to be fascinating.

The Houston Texans' first game is against the Kansas City Chiefs. The Chiefs are starting former No. 1 overall pick Eric Fisher, who has struggled in his two NFL season, and Donald Stephenson. Neither player is an ideal NFL starter. Fisher is also questionable, meaning the Chiefs might have to start a backup. You can see where I'm going with this. J.J. Watt could be in for a big game.

We all remember Smith's "Ice up son," rant a few seasons ago. But we often forget that Smith's ire was directed toward Aqib Talib. The two will face off again Sunday. It's Smith's last season and he's still as mouthy as ever. Hopefully he's mic'd up for the game.