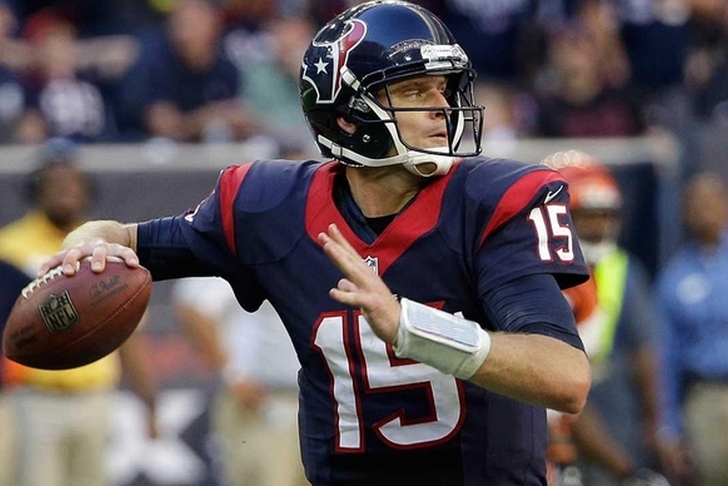 The Ryan Mallett Era is over for the Houston Texans. The team cut ties with the quarterback after he missed the team charter for the Texans' game against the Miami Dolphins. Mallett claims traffic caused him to miss the plane. Earlier this year, Mallett overslept and showed up hours late to the team facility just days after head coach Bill O'Brien named Brian Hoyer the starter. Both Mallett and Hoyer saw playing time this season, but Hoyer had started the last two games. The release isn't a major shock, especially since O'Brien reportedly wanted to cut Mallett before the game.

Mallett was a former third round selection of the New England Patriots, who traded him to the Texans in 2014 for a late round pick. Mallett had prototypical size and physical tools for a QB, but was dogged by "off-the-field concerns" leading up to the draft. Mallett has talent, but has never been able to put it together. That talent could be enough to convince an NFL team to sign him. It will take Mallett time to learn a playbook, which means it's highly unlikely he'll play in the near future. However, a team could add him and hope he develops and learns enough to contribute later this season or next year. With that in mind, here are 5 teams that should sign Ryan Mallett right now.

Josh McCown is a replacement-level backup, meaning he won't be leading the Browns to the playoffs. Plus, he's only a stop-gap measure at his age. The Browns might be hesitant to take on Mallett given Johnny Manziel's recent issues, but Mallett could replace Manziel as the potential QB of the future in Cleveland. It's at least worth a shot for the Browns. If Mallett doesn't show anything this season, the team can move on afterwards.

Consider this one more of an investment in the future. Matt Cassel and Brandon Weeden are both on the wrong side of 30, and it's not like they are that great anyway. Tony Romo only has a few years left and the Cowboys need a QB of the future. Perhaps Mallett can learn a thing or two from Romo. The biggest drawback is that adding Mallett likely means the Cowboys have to cut Weeden or Cassel (likely Weeden) to make room for Mallett or when Romo returns. The team can't keep four QBs.

Another team that could add Mallett for the future. Jay Cutler has a hefty contract, and although he is playing well, the team could look to move on from the 32 year old QB soon. The Bears could add Mallett and let him learn behind Cutler, since Jimmy Clausen clearly isn't the long-term answer. Of course, Cutler might not be the best mentor for Mallett.

Ryan Fitzpatrick is the clear starter, but he'll also turn 33 this season and is best as a backup. Mallett wouldn't be asked to play much, if at all, for the Jets. However, he's an upgrade over Geno Smith and Bryce Petty, who is years away from contributing. On the downside, the Jets might not want to cut Smith or Petty to make room for Mallett.

Colin Kaepernick should remain the starter for the rest of the season, although he has plenty of issues. Mallett wouldn't play right away, although there is the chance he could see playing time late in the season if Kaepernick continues to struggle. Plus, the current backup is Blaine Gabbert. Mallett isn't the best QB in the NFL, but he's certainly an upgrade over Gabbert.