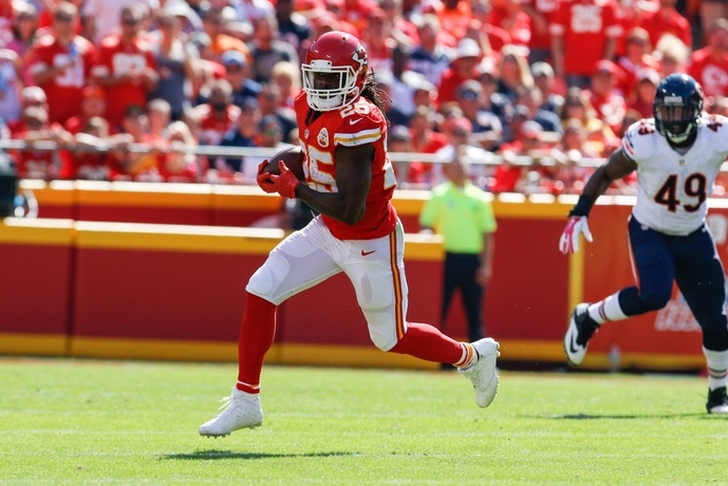 The Kansas City Chiefs placed running back Jamaal Charles on injured reserve last week after he re-injured the knee he hurt in October 2015, effectively ending his season. However, with Spencer Ware and Charcandrick West playing well in his absence, plus his $7 million salary (the Chiefs happen to conveniently be $7 million over the projected salary cap next season), many believe he has played his last down with the team.

So, if Charles continues playing, who could it be for? Here are the five teams that are the most likely to sign him:

5) Detroit Lions
The Lions have dealt with injuries to both Ameer Abdullah and Theo Riddick this season, but even when both are healthy, Detroit doesn't exactly have a dynamic rushing attack. They finished dead last in the league in rushing last year, and only rank 27th this year. If they don't address this in the draft, Charles could be a low-risk, high-reward signing on a good contract.

4) Green Bay Packers
Nothing the Eddie Lacy and James Starks did this season (before both got hurt) inspired confidence in their abilities this season. Lacy's weight continues to be an issue, and Starks has developed a bit of a fumbling problem. For a team in win-now mode, they don't exactly have the time to wait for a young back to develop. When healthy, Charles would give the Packers the kind of speed back they haven't had in a long time - and he can make plays in the passing game.

3) Minnesota Vikings
Minnesota's offensive line has received its fair share of criticism this season - and rightfully so - but both Jerick McKinnon or Matt Asiata have been bad, too. We all know what Adrian Peterson can do, but with him getting older, the could use another pack to take some of pressure off him. Enter Charles, who's career would likely also benefit from splitting carries. That two-headed monster would suddenly make this a strength for the Vikings.

2) New York Giants
Speaking of need, the Giants have had a major need a running back for the past few years. Rashad Jennings, Paul Perkins and Orleans Darkwa are not the answer. For this offense to be complete, they need a threat in the backfield, and Charles could give them that. Even if he doesn't play well, it's not like the Giants will be worse off than they are now.

1) Washington Redskins
Matt Jones and Chris Thompson have proven that neither can be a lead running back, with both probably better served in lighter, backup roles. We know how much the Redskins love to bring in big names in free agency, and with a need at the position, they would likely go after Charles.