5 Teams That Could Trade For Dominique Rodgers-Cromartie 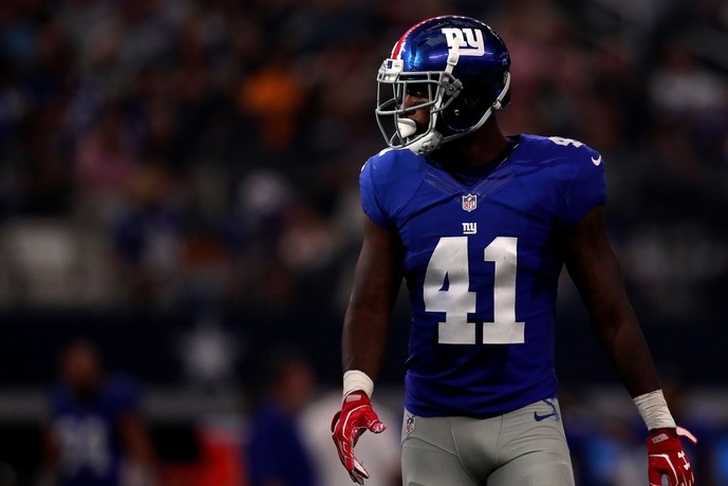 The New York Giants suspended CB Dominique Rodgers-Cromartie earlier this week after he left practice following a disagreement with head coach Ben McAdoo, which reportedly started during the game on Sunday. Rodgers-Cromartie is upset with his role with the team, as he is being used mostly in the slot instead of on the outside. He started on the outside for Eli Apple on Sunday but was quickly moved back inside.

DRC is under contract through the 2018 season, but with his unhappiness, New York could easily decide to trade him - especially with talented corners like Apple and Janoris Jenkins already on the roster. Teams like the Cowboys and Eagles would undoubtedly be interested, but can you see the Giants trading him within the division? I can't. Here are the five team most likely to trade for Rodgers-Cromartie:

5) Oakland Raiders
Oakland's secondary ranks in the bottom half of the league and is the biggest weakness they need to sure up if they want to compete in the playoffs. Rodgers-Cromartie would give them a reliable option who has no problem matching up with anyone. Oakland may choose to use him in the slot as well, but with their championship window opening, they could feel the pressure to make an addition like this.

4) Miami Dolphins
The Dolphins made the playoffs last season and expected to be in the mix again this year. They technically are at 2-2, but things haven't been pretty. That's definitely true in the secondary, as the Dolphins have one of the worst pass defenses in the league. Signing Jay Cutler in the preseason shows this team is determined to get back to the postseason this season - why not double down and make the trade for Rodgers-Cromartie?

3) New Orleans Saints
The Saints have been one of the worst defensive teams in the league for the past several years and outside of Delvin Breaux, the rest of the depth chart at corner is shaky at best. At 2-2, the Saints plan to go all out after a playoff spot and adding DRC would be a massive boost to a secondary that badly needs it.

2) New England Patriots
It's no secret how bad New England's defense has been this year, especially in the secondary. Despite their solid personnel and offseason signing off Stephon Gilmore, things just haven't clicked. Rodgers-Cromartie gives them another starting-caliber corner who would probably have to play in the slot considering Gilmore and Malcolm Butler being on the outside...would DRC be willing to do that for a chance at a Super Bowl?

1) Tampa Bay Buccaneers
Tampa is another NFC South team with playoff expectations, but their defense has let them down to this point. Vernon Hargreaves isn't the lockdown corner he was drafted to be, leaving Brent Grimes as their only reliable corner (and he's not getting any younger). Rodgers-Cromartie would instantly give this team an upgrade in a division full of pass-happy teams.