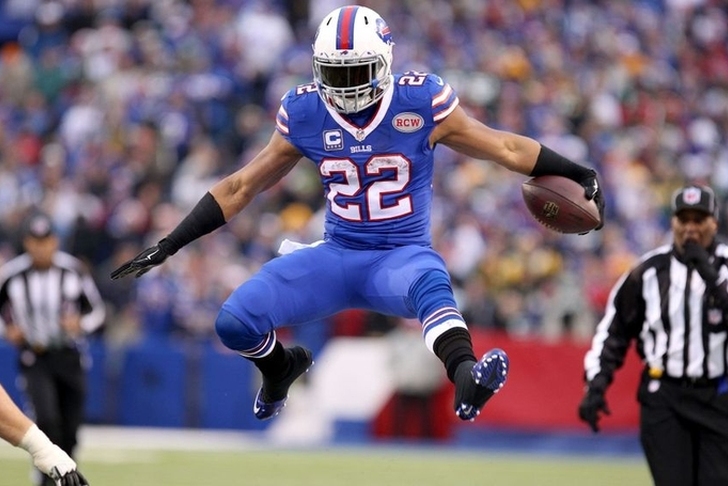 The Buffalo Bills made the surprise move of cutting running back Fred Jackson Monday. Jackson was expected to backup LeSean McCoy. Despite being the oldest RB in the NFL, Jackson should be signed by another team. After all, he made this run during the Bills' third preseason game. In no particular order, here are five teams that could sign Fred Jackson.

The Cowboys currently have a running back-by-committee approach with Joseph Randle and Darren McFadden. Lance Dunbar might help out in third down situations. Jackson is talented enough to take a few touches from the current crop of RBs in Dallas. However, the Cowboys seem committed to Randle and McFadden.

The Browns have been linked to Ray Rice all offseason. Fred Jackson would make a less controversial addition. Jackson also knows head coach Mike Pettine from their time in Buffalo together.

The Dolphins are set with Lamar Miller as a starter, but don't have much depth behind him. Jay Ajayi is a rookie, LaMichael James is a scat-back and Damien Williams isn't anything special. Adding Jackson would help the Dolphins in the event something happened to Miller.

Bishop Sankey has looked better this preseason, but still has a lot of room for improvement. Even if Jackson didn't start for the Titans, he'd be a good influence on the young Sankey and rookie David Cobb.

Latavius Murray is locked-in as the starter, but adding a veteran like Jackson would be a smart move for the Raiders. Adding Jackson could allow the Raiders to cut Trent Richardson. Roy Helu is on the roster, but is more a third-down back. Jackson could be a good mentor to Murray as well.