5 Teams That Could Sign CB Trumaine Johnson This Offseason 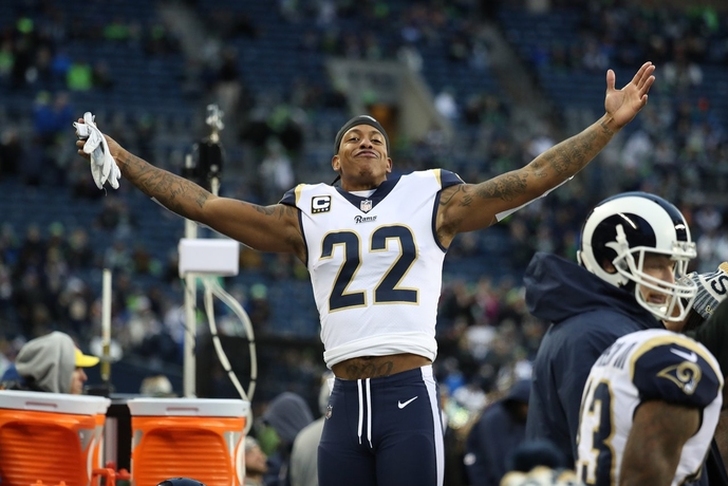 One of the biggest NFL free agency rumors this offseason has been where will cornerback Trumaine Johnson play in 2018? He is regarded as the top cornerback available on the free agent market and the NFL rumors around him are buzzing. Last season Johnson had 65 tackles, two INTs, one FF, and one TD with the Los Angeles Rams. His market value according to Sportac is around $13.6 million per year, which teams will need to pay a pretty penny in order to sign him. Here are the five teams that could sign Johnson this offseason.

5.) Cleveland Browns
The Browns have the second most cap space in the NFL with $77.8 million even after trading for quarterback Tyrod Taylor and wide receiver Jarvis Landry. The Browns went 0-16 in 2017 and are 1-31 the last two seasons. The Browns allowed the 14th most passing yards this past year but forced only seven interceptions. Adding a player like Johnson may help a young defense like Cleveland mesh together and force more turnovers.

4.) Green Bay Packers
The Packers right now sit with $17.1 million in cap space, which is the 27th most in the NFL. Green Bay finished third in the NFC North with a 7-9 record and have holes that need to be addressed to get back to the playoffs in 2018. The Packers need help at the cornerback position after allowing the second most passing touchdowns in the NFL last season with 30.  Adding Johnson to the Packers would be a huge lift for a team that struggled to cause turnovers last season.

3.) Seattle Seahawks
The Seahawks finished second in the NFC West with a 9-7 record and have holes they need to fill if they want to make a playoff push in 2018.  A major hole that will need to be filled for the Seahawks is the cornerback position. After the Seahawks cut cornerbacks, Richard Sherman and Jeremey Lane, last week, they are suddenly very thin at the position.

2.) San Francisco 49ers
Thanks to the NFL's rules on rolling over unused cap space, the 49ers have the fifth-most cap space in the NFL with $64.3 million. The 49ers believe they have a chance at winning the NFC West and will look to add talent this offseason to their secondary. The 49ers just signed cornerback Richard Sherman to a three-year deal, and adding Johnson would give San Francisco one of the best cornerback duos in the NFL.

1.) Oakland Raiders
The Raiders right now sit with $27.2 million in cap space, which is the 19th most in the NFL. The Raiders are moving forward to 2018 after a frustrating season finishing 6-10 last season, to make sure that doesn't happen again Oakland may look to add Johnson. Oakland needs help at the cornerback position after cutting cornerbacks David Amerson and Sean Smith plus possibly losing T.J.Carrie. With Richard Sherman signing with the 49ers, this may mean the Raiders are the favorite to land Johnson.