5 Teams That Are The Most Likely To Sign Ryan Mathews 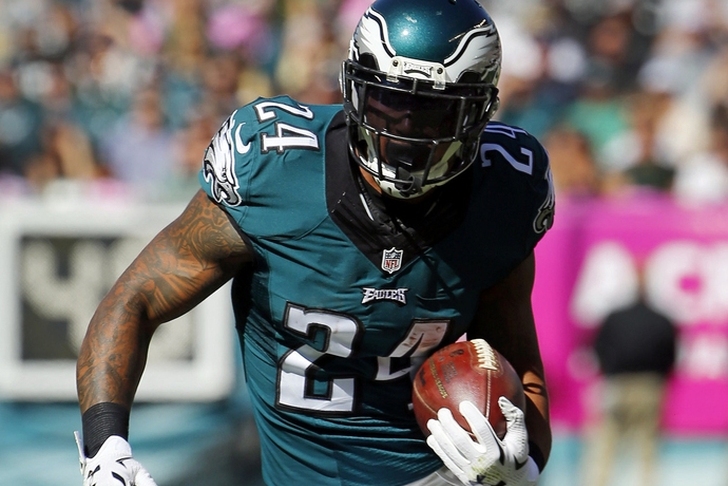 The Philadelphia Eagles released running back Ryan Mathews on Tuesday morning, making him the best running back currently available on the open market. Even though we're already approaching the midway point of the preseason, he figures to generate plenty of interest around league among teams who still need help in the backfield. Here are the five teams most likely to sign Mathews:

5) Houston Texans
Lamar Miller wasn't the star Houston was hoping he would be last season, and while some of that has to do with Houston's lack of success in the passing game, that's not turning around anytime soon. Houston could also use some depth behind him. Mathews would be an upgrade over Alfred Blue as a backup.

4) Detroit Lions
Detroit didn't have a single player who rushed for 400 yards last year. That is expected to change this year thanks to a healthy Ameer Abdullah and an improved offensive line, but it does to show that this group really lacks depth. Enter Mathews, who would give the Lions a solid two-back combination.

3) Green Bay Packers
The Packers are preparing to go into the season with converted wide receiver Ty Montgomery as their starting running back. That's a problem. Yes, Montgomery was able to make an impact last year on a fill-in basis, but that doesn't mean he can be successful in the role full time. Mathews would provide Green Bay with a proven insurance option at the very least. Plus, he's proven he can be a reliable receiver out of the backfield.

2) New York Giants
New York's top three running backs are Paul Perkins, Shane Vereen and Orleans Darkwa. That's simply not good enough on any level. Matthews would step right in and be the best back of that group, and their insistence on using a rotation would help keep Mathews healthy. Bob McAdoo likes to use his running backs in the passing game as well.

1) Indianapolis Colts
Frank Gore just came off a 1,000-yard season, but he's now 34 years old and may retire after the season. Backup Robert Turbin has bounced around the league and rarely contributed when on the field for the Colts last season. Mathews would be a major upgrade over Turbin, would take some of the load off of Gore and give Indianapolis a plan for the past-Gore era. Plus, his receiving skill are a perfect pair for Andrew Luck.