5 Teams That Are The Most Likely To Sign Doug Martin 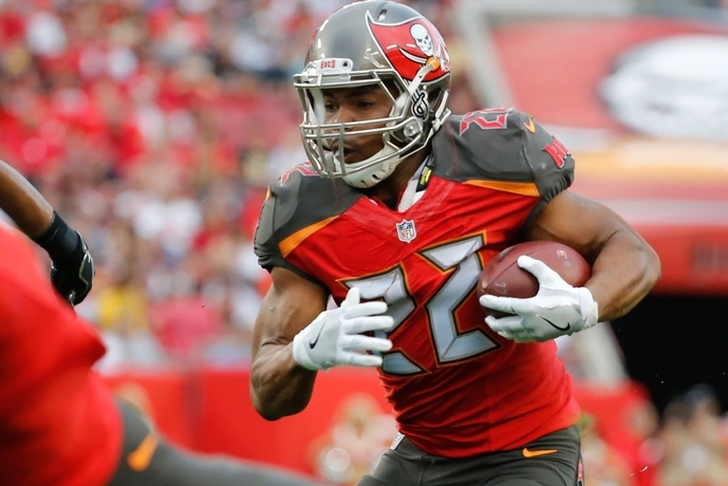 The Tampa Bay Buccaneers released running back Doug Martin on Tuesday, making him one of the better free agent running backs available on the open market. There are certainly concerns when it comes to Martin - he was suspended four games for violating the league's performance-enhancing drugs policy and has one of the league's lowest yards per rush averages over the last two years - but he is just two years removed from a 1,402-yard season with the Bucs in 2015.

Which teams could be the most interested in signing him? Here are his five most likely destinations:

5) Denver Broncos
Denver plans to dedicate most of their cap space to a quarterback - they're hoping Kirk Cousins - which may take them out of the running for Martin, but if they decide to use the No. 5 overall pick in the draft on a QB, they would want to give him a running game that would make his job easier. C.J. Anderson has had his struggles in his career (which is why they brought in Jamaal Charles) and Devontae Booker is a third-down back. For the right price, they could add Martin to the committee.

4) Indianapolis Colts
The Colts already have an aging rusher in Frank Gore and are looking to replace him with a young rusher instead of a veteran like Martin. However, there's no denying that they need to start getting more consistent production from the position, and Martin could be a short-term solution to help take some of the load off of Gore.

3) Baltimore Ravens
Baltimore appears to have found their starting running back in Alex Collins, but he's not an every-down back. Martin would be a veteran addition and could form more of the more dangerous one-two combinations in the league with Collins.

2) New York Giants
New York has been linked to Penn State running back Saquon Barkley with the No. 2 pick in the draft, but if they opt to go for a quarterback or offensive lineman, they'll look for a desperately needed upgrade at the position in free agency - Orleans Darkwa simply is not the answer. Enter Martin, who would be that upgrade in the short term.

1) Detroit Lions
How long has it been since the Lions had anything resembling a good rushing attack? They haven't had a 1,000-yard rusher since Reggie Bush in 2013 and haven't had a back pick up 100 yards in a single game since Thanksgiving in 2013. The Lions may try to find a more cost-effective option in the draft, but they'll certainly look to address the need.