5 Teams That Are The Most Likely To Sign Darren Sproles 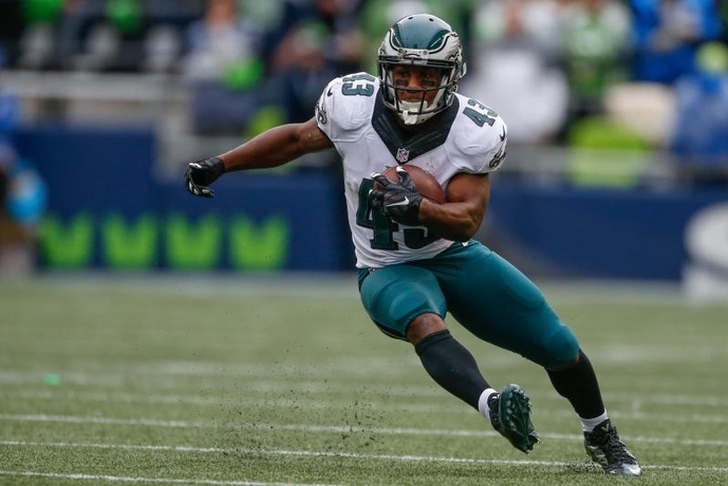 The NFL rumors swirling around what team running back Darren Sproles will play for in 2018. Sproles is 34 years old and coming off a season where he tore his ACL. There are definitely red flags when looking at Sproles but he hasn't shown any signs of slowing down. In 2016 he had a career-high in careers with 94 and averaged 4.7 yards per carry. The multi-dimensional Sproles would fit in any offense in today's NFL. Which teams could be the most interested in signing him? Here are his five most likely destinations:

5.) Indianapolis Colts
Frank Gore is now in Miami leaving the Colts backfield thin. The Colts have been rumored to Penn State running back Saquon Barkley in the first round of the NFL Draft, but if they aren't able to draft him, Indianapolis may target Sproles. Running back Marlon Mack is more of a scat back and adding a veteran like Sproles should help quarterback Andrew Luck.

4.) Seattle Seahawks
Seattle had four rushing touchdowns last season and quarterback Russell Wilson had three of them. The Seahawks focus this offseason should be keeping Wilson upright and easing the pressure off his shoulders, a solid running game would do just that. Seattle had one of the worst offensive lines in the NFL allowing 43 sacks because defenses didn't respect their running game. Adding a reliable veteran like Sproles who could be a security blanket for Wilson when he is running for his life may be a smart move for the Seahawks.

3.) Baltimore Ravens
Baltimore appears to have found their starting running back in Alex Collins, but he's not an every-down back. Sproles would be a veteran addition and could form more of the better one-two combinations in the league with Collins.

2.) New England Patriots
The Patriots just added Jeremy Hill, but that doesn't mean he is going to make the final roster. The Patriots love using multi-dimensional running backs who can give offensive coordinators nightmares and that's exactly what Sproles is.

1.) Philadelphia Eagles
It seems like a matter of when and not if for the Eagles bringing back Sproles in 2018. Sproles wants to return to Philadelphia and the Eagles want to bring him back. The Eagles let LeGarrette Blount go to save room for Sproles. Sproles fits well into the Eagles offense and his most likely destination in 2018 is with the Eagles.

There is also a chance Sproles retires if he feels he isn't 100 percent healthy or if the Eagles decide they don't want to bring him back.