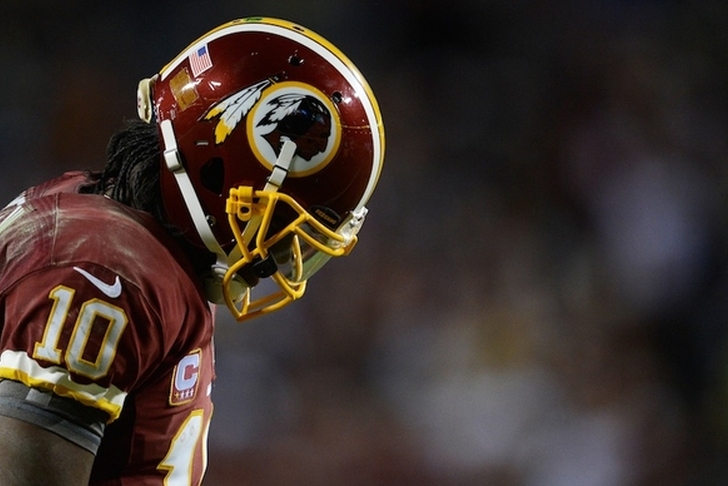 Each year, several NFL teams try to find a new quarterback. They spend a high draft pick, make a trade or sign a QB with the hopes that he'll be able to get them to the playoffs. It doesn't always work, mostly because it's not easy finding a franchise QB. With that in mind, here are five NFL teams could have a new starting QB next season.

Geno Smith is not the answer and Ryan Fitzpatrick is a stop-gap solution. The Jets could have a chance to select a QB early in the 2016 NFL Draft.

Josh McCown is a replacement-level backup and Johnny Manziel has done nothing to show he's going to be an NFL QB. The Browns are already looking at Michigan State's Connor Cook. If Cardale Jones wins the Ohio State QB battle and plays well, he could be an intriguing option. Jones went to high school in Glenville, Ohio, just 15 minutes away from the Browns' stadium.

Robert Griffin III needs a change of scenery in the worst way. Washington should let him go and try again at QB. Jay Gruden may or may not be the head coach, but Washington will have a new QB next season. A high draft pick, such as California's Jared Goff, could be spent on the position.

Is Brian Hoyer the answer? No. The same is true of Ryan Mallett, who couldn't beat out Hoyer. The Texans have talent everywhere, except at QB. The Texans will be in the market for a QB this offseason. Drafting Bill O'Brien's former QB at Penn State, Christian Hackenberg, is an option if Hackenberg turns pro and is available.

This isn't a comment on Drew Brees' ability. He's really good. But his cap hit is massive next season, at $27.4 million. What will ultimately determine Brees' future on the Saints is the how much the salary cap will rise next season. The Saints' projected salary total next year is $157 million. The projected salary cap is $150 million, meaning the Saints would be $7 million over and that's before signing any free agents or draft picks. The Saints will need to clear cap space, unless the cap jumps to $160 million. The easiest way for the Saints to clear space would be to deal Brees and start rebuilding. Trading Brees to a team with cap space, like the Cincinnati Bengals, makes sense from a financial perspective.