These 5 NFL Teams Had The Best 2016 Offseason 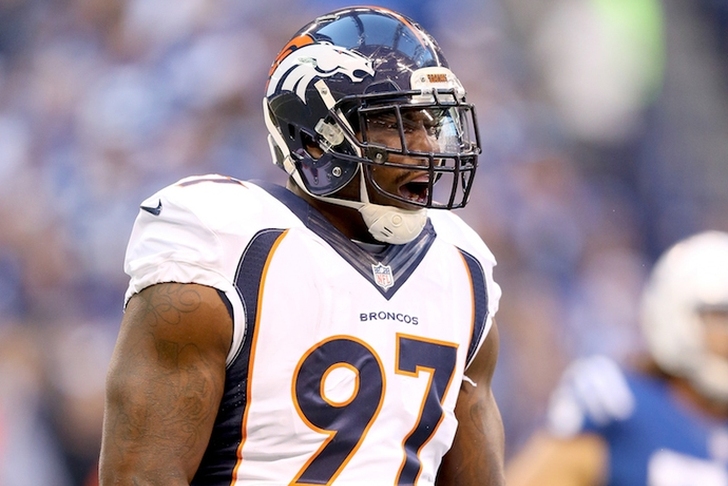 The 2016 NFL offseason is essentially over, which means it's time to determine which teams had the best offseason. Sure, a few more players might be traded, cut or signed, but it's clear which teams are the true offseason winners and losers.

To make the cut, a team needed to have an impressive draft and free agency. Both are critical parts of having a good offseason. Throwing money around won't guarantee a team a good offseason either, as it needs to spent wisely. Looking at you, New York Giants. Just because a team didn't make the top five doesn't mean they had a bad offseason. There are plenty of solid efforts that just missed out. Obviously there is a lot of opinion here, so hit me up on Twitter if you disagree with the five NFL teams that had the best offseason.

The Bears made a limited number of moves in free agency, but they were good ones. Signing LB Danny Trevathan to a four-year, $24.5 million filled a massive need and was good value. But the Bears weren't done at middle linebacker, adding Jerrell Freeman to a three-year, $12 million deal. That was a complete steal for the Bears and they now have one of the best MLB groups in the NFL. The Bears, however, did overpay for CB Tracy Porter. He's not worth a three-year, $12 million deal. OT Bobby Massie is getting a three-year, $8 million deal with $6.5 million guaranteed. Massie is inconsistent, but he's a big upgrade for the Bears OL. TE Zach Miller returned on a fair deal as well and the Bears added some 3-4 DL help with Akiem Hicks. Cutting OG Matt Slauson was a curious move, but the Bears great draft helps balance that out. Leonard Floyd will help upgrade a poor pass rush, and both Cody Whitehair and Jonathan Bullard were great value and need picks. The Bears also found some players with upside in S Deon Bush, RB Jordan Howard and WR Daniel Braverman. The Bears went the quantity route in the draft by trading down, but still found quality. The Texans needed help on offense, boy did they upgrade it. They badly need a QB and they found one in Brock Osweiler. They absolutely overpaid for him, but Bill O'Brien should be able to get the most out of him. It's a risk, but it was one worth taking. The team's other two major moves were even better. Lamar Miller was underutilized in Miami and picking him up for four-years, $26 million was a great move. The team lost OG Brandon Brooks, but found a cheaper and equally talented replacement in Jeff Allen, who is getting a four-year, $28 million deal. In the draft, the Texans continued to upgrade the offensive attack. First rounder Will Fuller will be a deep threat on Day 1 and is a perfect compliment to DeAndre Hopkins. Second round Nick Martin will start at center and third rounder Braxton Miller could become a deadly slot weapon. The Texans earned an A- from me in my draft grades and that's about what their offseason grade should be.

No team had a better offseason in my eyes than the Jaguars, as they put together great a free agency and draft. The Jaguars overpaid for both Malik Jackson and Chris Ivory, but with $80 million in cap space, that's not the worst thing. Jackson will likely move to DT for the Jaguars and him getting a six-year, $85 million deal with $42 million doesn't look that bad compared to other moves. It looks better than ever in light of Fletcher Cox's contract. Ivory isn't worth five-years, $32 million, but only $10 million of that is guaranteed. He'll be a big upgrade over the now-cut Toby Gerhart. S Tashaun Gibson is coming off a rough season, but if he plays like he did before, his five-year, $35.5 million deal will be a strong one. Plus, only $12 million is guaranteed. The Jaguars will be able to move on from Ivory/Gibson if they struggled and they filled some critical needs. Getting CB Prince Amukamara on a one-year deal is a nice pickup, as was getting OL depth with Mackenzy Bernadeau. OT Kelvin Beachum signed a team-friendly deal and could start at RT. Even better, Jacksonville killed the draft. They landed Jalen Ramsey at No. 5, and LB Myles Jack at No. 36, both of whom are top 10 talents. Yannick Ngakoue and Sheldon Day were quality picks in the third and fourth and will help on the defensive line. The Jags were one of just two teams to get an A+ draft grade and I love what they did this offseason.

Minnesota needed offensive line help and they found it in Alex Boone and Andre Smith. In particular, Smith signed a team-friendly deal. While poaching LB Emmanuel Lamar was the only other major signing, the Vikings made smart moves. But the real reason the Vikings make this list is their draft. The Vikings were the other team to get a A+ draft grade. They landed Laquon Treadwell, perhaps the best WR in the draft, filling a massive need. Mackensie Alexander should have gone in the first round and getting him at the end of Round 2 was a steal. They picked up picks next year by trading away their rounder in a deal with the Dolphins, a trade Minnesota won. Kentrell Brothers was a steal in the fifth, and Willie Beavers as upside as a tackle. I'm also high on a Moritz Boehringer and Jayron Kearse selections as fliers.

The Raiders had one of the best free agencies this year, and while their draft wasn't the greatest, it was good enough to give them one of the best offseasons. The best move was getting CB Sean Smith for four-years, $40 million. Compared to the contract Janoris Jenkins signed, that's great value. OLB Bruce Irvin joined the Raiders on a four-year, $37 million deal. That's a lot, but I thought Irvin could end up with even more money. He and Khalil Mack could cause havoc for opposing QBs. OG Kelechi Osemele picked up a five-year, $60 million deal. That's expensive, but he's one of the best guards in the NFL. Re-signing LT Donald Penn to a two-year, $11.9 million deal gives the Raiders one of the best offensive lines West of Dallas. They even landed safety Reggie Nelson on a cheap, two-year $8.5 million deal. The Raiders had a ton of cap space and made good use of it. The selection of Karl Joseph, in addition to the signings of Smith and Nelson, helped turned the secondary from a weakness into a strength. Jihad Ward and Shilique Calhoun were solid, although unspectacular picks. I gave the Raiders a B- for their draft efforts, but an A+ free agency puts them in the Top 5.