5 NFL Teams That Could Sign WR Jordan Matthews This Offseason 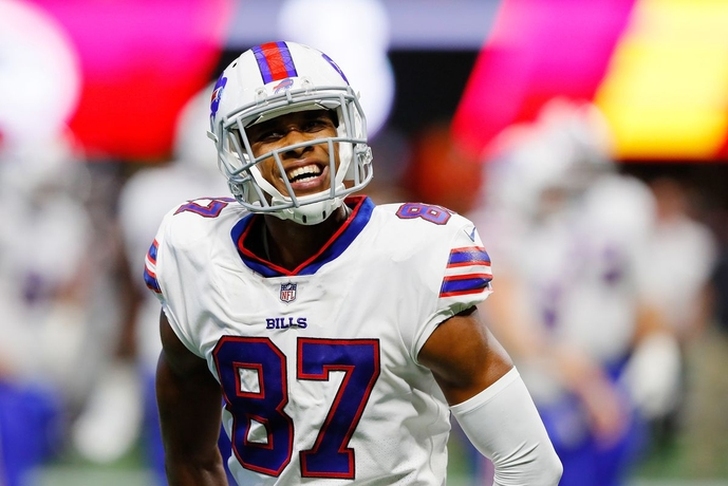 The NFL rumors surrounding where wide receiver Jordan Matthews will play in 2018 are starting to pick up. The demand for Matthews seems relatively low, but that may change after he visited his first team on Friday and the wide receiver free agent pool is getting smaller. Matthews is 26-years-old and coming off a season where he played 10 games with the Buffalo Bills managing only 25 receptions, 282 yards, and one touchdown so his picking may be slim. If top free agent receiver Terrelle Pryor signs with a team, this may be the first domino that falls in determining where Matthews signs in 2018. Here are five teams that could sign Jordan Matthews this offseason:

5.) Carolina Panthers
Carolina needs to find a starting-caliber wide receiver to replace Kelvin Benjamin and give Cam Newton another weapon to help take his offense to another level. They already have Devin Funchess locked into one starting spot and Curtis Samuel in the slot but would like to add a reliable wideout to the group. However, given the depth at the position in this draft class, that may be something they opt to find on Day 2 and pass on Matthews.

4.) Washington Redskins
Entering the 2017 season the Redskins had one of the most feared receiving corps in the entire NFL with pass catchers like tight end Jordan Reed and wide receiver Terrelle Pryor. Both players battled injuries for most of the season and when they were healthy, they didn't produce as expected. Former first-round wide receiver Josh Doctson has shown some glimpses of talent in the red zone but still has been inconsistent. Washington needs to add some reliable targets for their new quarterback Alex Smith.

3.) New York Jets
The Jets may be without wide receiver Robby Anderson who has struggled to stay out of trouble this offseason. The Jets have shown interest in upgrading their receiving corps with a scheduled visit from wide receiver Terrelle Pryor this week. If Pryor doesn't sign in New York, the Jets may turn their attention to Matthews. With the Jets trading up in the 2018 NFL Draft - and likely selecting a quarterback - they may want to add some receivers around their quarterbacks.

2.) Seattle Seahawks
The Seahawks have a visit on Monday with Pryor and if they miss on him, they may turn their attention to Matthews. Seattle lost wide receiver Paul Richardson and tight end Jimmy Graham to free agency and will need to add potential targets around quarterback Russell Wilson.

1.) Arizona Cardinals
Jordan Matthews has made only one visit this offseason and it was to Arizona on Friday. Matthews joining forces with the Cardinals would be interesting since he and Fitzgerald are both bigger slot receivers. The Cardinals lost wide receiver John Brown in free agency and may look to add a reliable target for new quarterback Sam Bradford. Adding Matthews to Arizona's wide receiver depth chart would be beneficial since Fitzgerald was the only Cardinals player with more than 510 receiving yards and 34 receptions in 2017.