5 NFL Teams That Could Sign Johnathan Hankins This Offseason 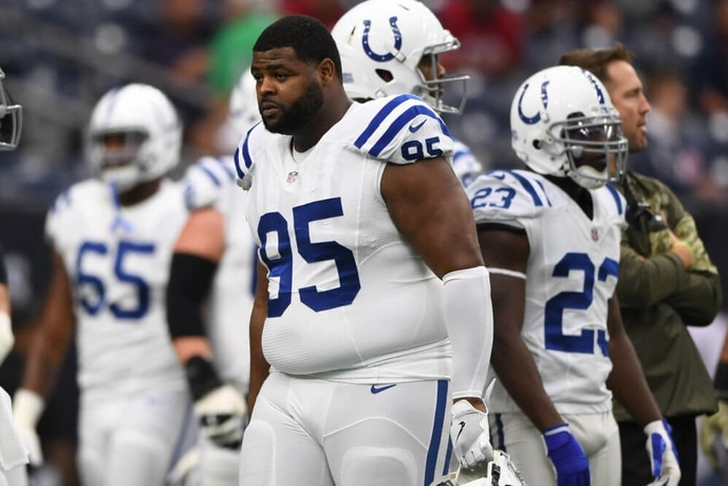 The NFL rumors surrounding where defensive lineman Johnathan Hankins will play in 2018 continue to swirl. The demand for Hankins this offseason was hidden due to Ndamukong Suh being available. Hankins is 26 years old and coming off a season where he played 15 games for the Indianapolis Colts racking up  24 tackles, two sacks, and three passes deflected. Here are five teams that could sign Hankins this offseason:

5.) Tennessee Titans
The Titans allowed the 4th fewest rushing yards in 2017 but there is always room for improvement. Hankins may not be the sexy pick for the Titans, but adding him could make Tennessee the best run defense in the NFL. The Titans have a defensive-minded head coach, so don't be surprised to see them go after a guy like Hankins.

4.) Detroit Lions
Since DT Ndamukong Suh left the Lions, Detroit has been looking for a replacement. The Lions were hoping Haloti Ngata would replace Suh three years ago, but he has only racked up six sacks in three years.  Detroit missed on bringing back Suh this offseason and may turn their attention to Hankins despite selecting Alabama DL Da' Shawn Hand in the 4th round of the 2018 NFL Draft.

1.) Seattle Seahawks
The Seahawks traded Michael Bennett to the Eagles this offseason and now may look to fill that void with Hankins. Hankins brings that toughness that head coach Pete Carroll loves. With the Seahawks release of cornerback Richard Sherman and release of defensive end Cliff Avril, the Seahawks are thin on defense.