5 NFL Teams That Could Make A Big Trade This Week 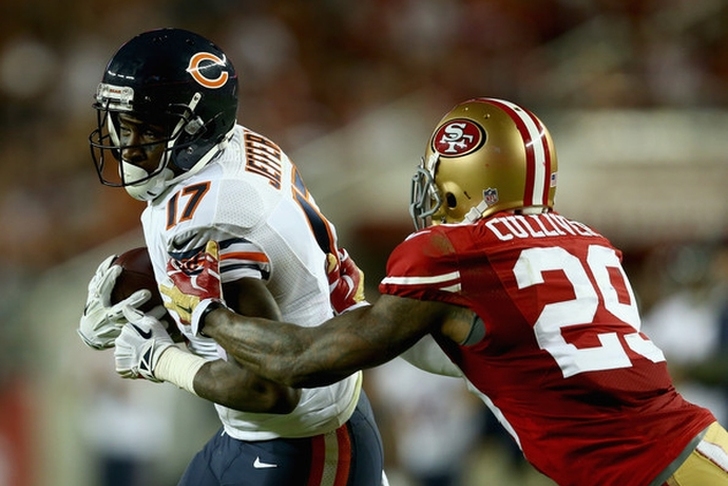 The NFL trade deadline is just one week away on Nov. 1 at 4:00 pm ET, and as a result, the trade rumors are swirling around the league. Several of the league's worst teams are looking to unload veterans for draft picks, while contending teams are looking for the missing piece that could be the difference for them in the playoffs. So which teams are most likely to make a move? Here are the five teams we could make a big trade this week:

San Francisco 49ers
The 49ers know they aren't going anywhere this season, and as a result, they're looking to get rid of some of their veteran players in exchange for draft picks. There are conflicting reports as to whether offensive tackle Joe Staley is on the trade block, but wide receiver Torrey Smith definitely is. Look for at least one of those guys to be traded, maybe two.

Philadelphia Eagles
Speaking of Smith, he is one of the receivers the Eagles are trying to trade for. They have extra draft picks after trading Sam Bradford to the Vikings and Eric Rowe to the Patriots, giving them the ammunition to make a big splash on the trade market. With them surprisingly competing for the playoffs, they appear willing to invest in a player to help them this year.

Chicago Bears
Another wideout Philly is targeting is Alshon Jeffery, and the Bears could also be willing to trade him and other pieces. Another struggling team, Chicago needs more draft picks to help their rebuild. Jeffery is on the table, and running back Jeremy Langford could find his way on there as well with the emergence of Jordan Howard. I'm sure Chicago would also listen to offers for Jay Cutler if any come their way.

Cleveland Browns
The Browns are the only winless team in the league, and therefore are in the mix to trade veterans for picks. However, there isn't much to work with. Head coach Hue Jackson said they will not trade All-Pro offensive tackle Joe Thomas, and they've rightfully deemed wideout Terrelle Pryor too valuable to trade. Of course, they could change their minds with Thomas for the right price, and cornerback Joe Haden could also be on the move.

Denver Broncos
This seemingly crazy idea has been mentioned various places...should the Broncos trade for a veteran quarterback like Tony Romo? Their offense has been limited with Trevor Siemian, and the team doesn't know how he'll respond in the playoffs. And, of course, Romo could be available in Dallas with the emergence of Dak Prescott. This would certainly be an unexpected blockbuster move, but it's the only such move that appears to be on the table this week.