5 NFL Coaches Who Are Absolute Disasters 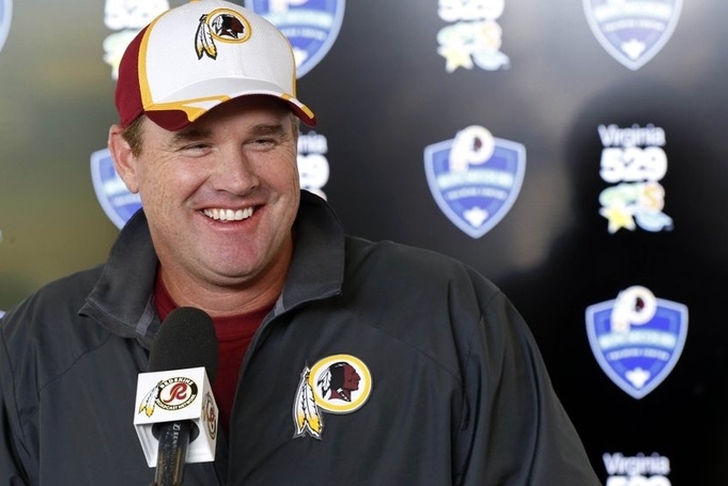 Being an NFL head coach is not an easy job. It's what makes coaches like Bill Belichick so great; just being a good NFL coach is hard. However, some NFL head coaches shouldn't hold their positions. They're under-qualified and are better off as position coaches or coordinators. Here are five NFL coaches who are absolute disasters.

Pettine hasn't done anything particularly disastrous yet, but he hasn't done anything great yet either. He rose quickly through the coaching ranks because Rex Ryan loved him. He was a head coach at a high school only 14 years ago. He was a good, but not great, defensive coordinator. Pettine doesn't have the resume that most head coaches do, but the Browns didn't really have any other options because no one wants to coach the Browns.

Rivera is known as "Riverboat Ron" because he started to go for it on fourth downs mid-way through his head coaching career with the Panthers. He changed because he accidentally went for it on fourth down, converted and realized it works. This is a coach who didn't realize what down it was and totally changed his coaching philosophy as a result. He's managed a winning record just once in Carolina, but has won two division titles because the NFC South is so bad. If Rivera coached in a different division, he'd likely already be fired.

I honestly don't understand what Caldwell has done to deserve a head coach job in the NFL. Caldwell was a complete disaster when he was in charge of Wake Forest, somehow lasting seven seasons despite posting a winning record just once and more than three wins twice. Caldwell then followed Tony Dungy around and got to take over when Dungy retired in Indianapolis. Caldwell did well when he had Peyton, but then won two games without him. Caldwell was fired, went to Baltimore and then got the job with the Detroit Lions. The Lions have a talented team, but look awful this season. Don't be surprised if Caldwell's seat gets hot this season. I'm still convinced Dan Snyder thought he was hiring Jon Gruden. When Gruden left Cincinnati, many Bengals fans were actually happy about the move. That's not a good sign. But it's the dumpster fire that Gruden has led in Washington that earns him the No. 1 overall spot on this list. He apparently believes Kirk Cousins is a franchise QB and has given the 4th round pick more benefit of the doubt than he's given the No. 2 overall pick. His handling of Robert Griffin III has been nothing but a disaster. Gruden has thrown Griffin under the bus numerous times, which is something a head coach should never do. The Redskins always seem to be a disaster and they'll likely try again next season with a new head coach and QB.