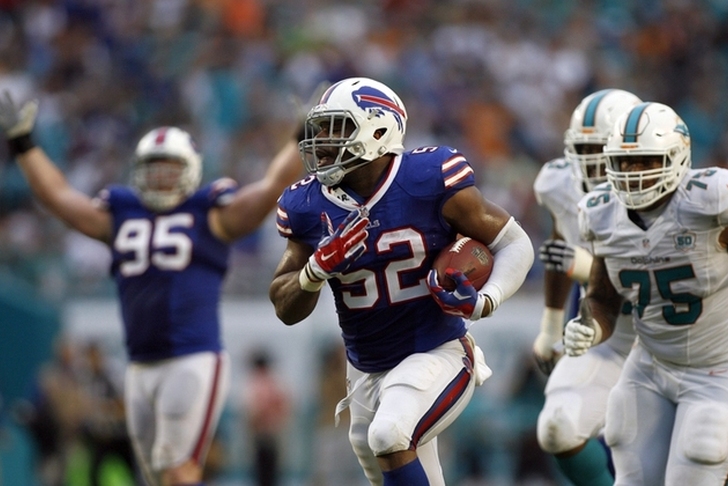 The second week of the NFL featured plenty of incredible performances. There were great individual efforts and great team performances. It was tough to do, but we narrowed it down to the best of the best. Remember, these aren't always the best statistical efforts, but the ones that were the most impressive. In no particular order, here are the six most impressive performances from Week Three in the NFL. The Falcons were down 14 points with second lefts in the second quarter, but the offense started to get going and never looked back. Matt Ryan, Julio Jones and Devonta Freeman led the Falcons to 25 unanswered points en route to a 39-28 win over the Dallas Cowboys. Freeman ran for 140-plus, Matt Ryan threw for 285 yards and Julio Jones recorded 164 yards and two TDs. The Cowboys' defense isn't incredible, but the Falcons offense made them look even worse.

The Colts went from up 14 points three minutes into the game to down 13 with seven left. Staring an 0-3 start in the face, the Colts could have given up, but they found a way to gut out a win. Andrew Luck again struggled early, but found his form and closed the game by completing 9 of 11 passes for 121 yards and two scores. The Titans scored late, but the defense held on a critical two-point conversion. It wasn't a pretty win, but it was a needed one for the Colts. Not a household name, Rawls surprised many by racking up 106 yards on 16 carries in Seattle's win over the Bears. It's not the most dominant performance, but Rawls deserves an appearance because he had a whopping five career yards before the game.

Not one, not two, not three, but four interceptions for the Cardinals secondary against the 49ers. Two of those went for touchdowns and the 49ers could only muster 67 yards passing. The Cardinals' secondary was nothing short of incredible. I can't pick just one player or unit for Buffalo. The Bills destroyed the Dolphins in every facet of the game. The Bills forced three turnovers, while committing none of their own. Despite LeSean McCoy being limited, the Bills racked up 151 yards on the ground. Sammy Watkins left the game early, but Tyrod Taylor still outplayed Ryan Tannehill. The Bills look like a playoff team.