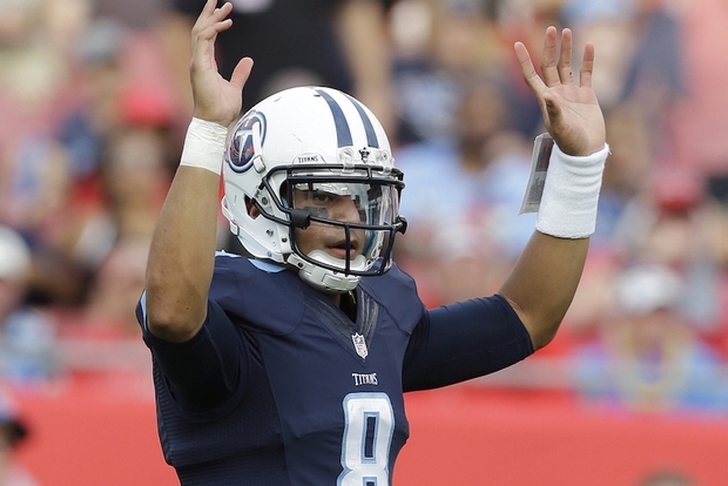 The first week of the NFL featured plenty of incredible performances. There were great individual efforts and great team performances. It was tough to do, but we narrowed it down to the best of the best. Here are the five most impressive performances from Week One of the NFL.

Wow. What a first game Mariota put together. He completed 13 of 16 passes for 209 yards and four touchdowns. He would have put up bigger stats if the Titans weren't blowing out the Buccaneers. Mariota's passer rating was a perfect 158.3. If that's the Mariota we see the rest of the season, the Titans could be a playoff sleeper.

Not many outside of Buffalo expected a Bills win over the Colts in Week One. The Bills' defense shut down the Colts' ground game, forcing the Colts to become one-dimensional. Andrew Luck threw the ball 43 times, while Tyrod Taylor was only forced to throw it 19. The Bills defense was the driving force behind the Bills' upset win. If Buffalo plays like they did against the Colts all season, they could challenge for a playoff berth.

The Broncos' offense didn't play well enough to beat the Baltimore Ravens, so it's a good thing the Denver defense was incredible. The Ravens amassed a mere 173 yards of total offense and were a woeful 2 of 13 on third down. The Broncos picked off Joe Flacco twice, including a pick-six for the Broncos' only TD of the game.

I expected big things out of Jones this season, but even I didn't think he'd put up such a monster first week. Jones reeled in nine catches for 141 yards and two scores. Had it not been for holding calls on several screen passes, Jones could have put up even bigger numbers. The Eagles had no answer for Jones and he carried the Falcons' offense to a Week 1 win. Jones is on his way to a massive season.

Don't worry, I didn't forget about Gronk's massive game just because it was played Thursday night. However, the Pittsburgh Steelers forgot to cover Gronkowski, and he torched them for 94 yards and three TDs. It could have been four touchdowns too, if Scott Chandler didn't vulutre one. Gronkowski and Tom Brady could be in for big seasons.