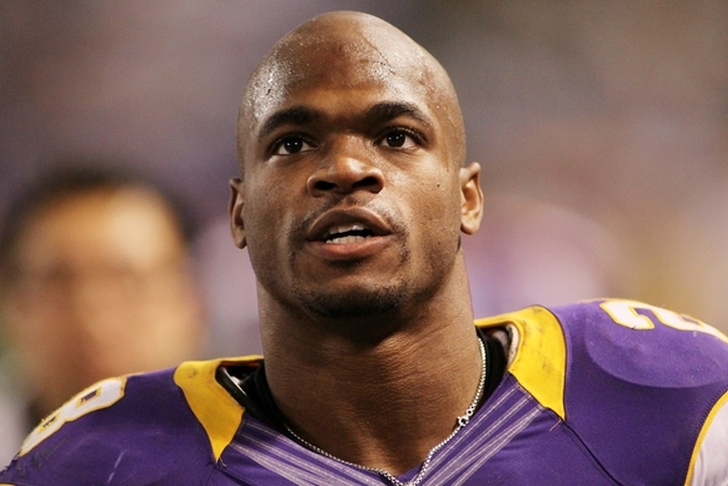 Aaron Rodgers is a shoo-in candidate. We all know Tom Brady is going to be lurking as well. The 2015 NFL MVP award is going to have plenty of expected faces in the running for it, but there's also some lesser talked-about guys who deserve at least a mention at this (way-too-early) juncture of the NFL season. Here's our list of 5 Dark Horse NFL MVP Candidates After Week 4.

Our top three quarterbacks so far in 2015? Tom Brady, Aaron Rodgers and Andy Dalton. Yes, Andy FREAKING Dalton. Dalton has thrown just one interception in the team's first four games, consistently establishing and reestablishing himself as the best player on the field on any given day. While he still has to shake off the playoff blues if/when the Bengals get there this winter, he's a bona fide MVP candidate at the quarter pole regardless.

Freeman rumbled for 68 yards and three touchdowns against the Texans - his SECOND straight game with three touchdowns. He's the first player since the NFL merger to rush for three touchdowns in his first two NFL starts. The sophomore back is the single most important  piece of Atlanta's offense. Why? Because they now have a ground game to amplify the potency of their offense, instantly transforming them from also-rans to legit Super Bowl contenders.

Arizona fell apart down the stretch last season when Palmer went down with a knee injury. Now he's healthy and the Cards are loaded for bear, regardless of their stunning home loss to the Rams on Sunday. With him on the field, Arizona has the ability to chase down teams in shootouts and/or blow people out on the strength of their all-world defense (hello, 49ers). If you want a concrete idea of how valuable Palmer really is, take a look at how his mere presence has ushered in a late-career renaissance for WR Larry Fitzgerald.

It's probably strange to see Gronkowski on a "dark horse" list, but no tight end has ever won an NFL MVP award. So, there's that. No one can deny just what Gronk does for the New England offense. The attention he commands alone from linebackers and defensive backs alike opens up easy targets all over the field for Tom Brady to pick through. Also, he's fought through constant double teams to rack over 100 yards receiving a game and 4 touchdowns in the team's first three contests. If he maintains that pace, he AT LEAST has to be considered for the award.

In all honesty, no NFL player is move valuable to his team from a pure game-planning perspective than Adrian Peterson. While he's on pace for just shy of 1,200 yards and eight touchdowns through four games (not exactly eye-popping), it's simply the threat he provides on offense which has pushed Minnesota's evolution along. He may be a long shot, but don't kid yourself. AP is the engine that makes the young Vikings go.