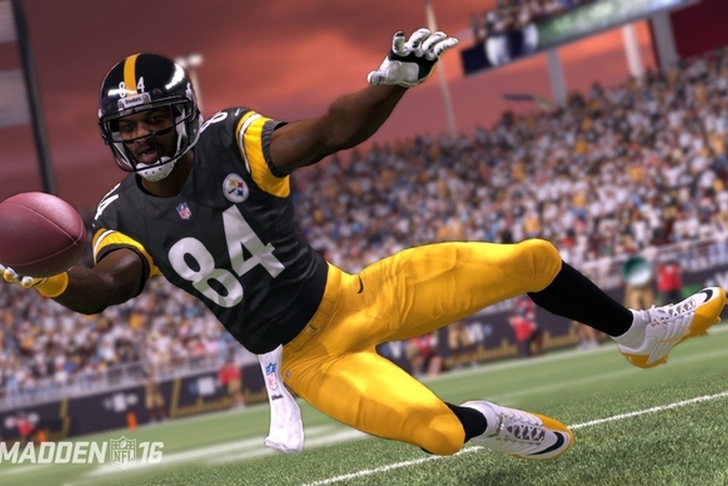 Every good NFL team needs a reliable go-to receiver, and some teams (and quarterbacks) are blessed with having some of the best athletes in the world on their side. Here are the best wideouts in the league heading into the 2015 season, according to the Madden NFL 16 video game:

Via EA Sports: "Already in his fifth year, Jones has emerged as one of the game’s premier wideouts. He brings 97 Spectacular Catch and three 94s in Catching, Catch in Traffic, and Agility. He also shines with 92 SPD/92 ACC/87 ELUS, as well as 87 JMP/91 RTE. " Via EA Sports: "It’s no surprise that the Madden NFL 16 cover athlete has 99 Spectacular Catch. Other superlatives are 97 CTH/97 RTE/96 JKM. His physical skills impress with 92 SPD/93 ACC/94 ELUS."

Via EA Sports: "Fight for the ball with Bryant’s three 98s for Catching, Jumping, and Spectacular Catch. He’ll get there with 89 SPD/90 ACC/92 ELUS and breaking loose is easy with 91 SPM/95 JKM. "